Aircraft Ignition System Market is expected to reach US$ 596.28 Million by 2028

The aircraft ignition system market size is expected to reach US$ 596.28 million by 2028; registering at a CAGR of 5.4% from 2022 to 2028, according to a new research study conducted by The Insight Partners. 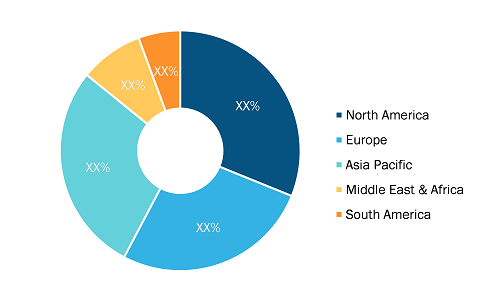 Further, the rise in aircraft production for future deliveries is expected to propel the demand for aircraft ignition systems worldwide, which is also catalyzing the current aircraft fleet of around 25,500 aircraft. According to the Boeing and Airbus forecasts, there will be around 24,000 new commercial aircraft delivered by the end of 2041, which will also generate new opportunities for engine deployment and ignition systems across the world during the forecast period as well.

The presence of market vendors such as Champion Aerospace Inc, FADEC International LLC, and Meggitt SA that have larger aircraft market share is acting another major factor possessing higher competitive rivalry in the market. Moreover, major vendors are focusing on acquiring emerging players that have a very limited aircraft ignition system market share. This is also leading to market consolidation among the major vendors.

The aircraft ignition system market size is derived by type, component, and engine type segments. In terms of type, the market is bifurcated into electric ignition and magneto ignition. From component point of reference, the market is categorized into ignition leads, igniters, spark plugs, exciters, and others. Based on engine type, the aircraft ignition system market is divided into turboprop, turbofan, turbojet, and piston engine.