Aircraft Interface Device Market is expected to reach US$ 354.10 Million by 2028

Published Date: 16 May 2022
Get Free Sample PDF Inquire Before Buying

The aviation industry is adopting advanced information technologies, which are anticipated to transform the decision-making capability of the industry and make the new implementations faster than before. The aircraft interface devices analysis through the Electronic Flight Bag (EFB) uses thousands of distinct software algorithms to process radar data and raw flight plans from the air traffic control (ATC) system. Owing to the benefits of the system, the aircraft OEMs are consistently emphasizing on installing advanced AIDs on their models. This is driving the aircraft interface device market size.

Aircraft modernization includes modern digital communication systems, new engines, inflight entertainment, advanced armaments, navigation flight systems, and data recorders. The transformation of aircraft is beneficial for the aircraft interface device (AID) manufacturers as the advanced AID is reliable and more accurate. Also, it has enhanced connectivity and communication and a high capacity to store data. These benefits of aircraft interface devices increase the scope of their adoption among the defense forces and commercial airliners to modernize the connectivity and communication system to have efficient aircraft functioning.

Wireless AIDs are much lighter in weight than wired AIDs and omit the risks associated with loose interconnection and timely wiring maintenance. This factor attracts several commercial airlines to adopt the advanced AIDs and enhance their fleet operations, which poses a significant opportunity for the industry players operating in the aircraft interface device market. Moreover, installing these wireless AIDs is simpler than their wired counterparts, thereby increasing the interest in opting for the wireless AIDs among airlines and military forces. Thus, the growing trend of adopting and equipping aircraft with wireless AIDs poses a substantial growth opportunity for the aircraft interface device market during the forecast period. This influences the global aircraft interface manufacturers to develop new products as per the client's requirements. For instance, during the National Business Aviation Association Convention in Las Vegas, Nevada, in October 2021, Avionica, LLC—one of the world's leading providers of connected aircraft solutions for powering secure data and communications for the aviation industry, unveiled its latest product innovation, the miniAID. The miniAID is a service that delivers aircraft data to pilots in a fast and wireless manner, allowing them to optimize their operations. These factors will further contribute to the demand for wireless AIDs over the forecast period.

The aviation industry in Europe witnessed the immediate effects of the onset of the COVID-19 pandemic. With the outbreak in the region, the production and sales of aircraft components came to a sudden halt in most countries. The collapse of the demand side severely impacted the EU aerospace sector, thereby putting economies in deep crisis and bringing down international trade. The air transport sector plays an important role in economic growth and employment in many European countries. Supply chain disruptions and technological challenges strongly impacted this segment during the early months of the global crisis.

The aerospace industry in Europe began to witness airspace inefficiencies, activity delays, and insufficient flights with the initial spread of COVID-19 in the region in 2020. The commercial, military, and general aviation aircraft manufacturers present in the region faced an enormous challenge in 2020 due to the severe disruption in component supply, coupled with a decrease in demand for their models, thereby decelerating the growth of the aircraft interface device market in Europe. The aerospace industry in the EU is anticipated to recover gradually due to a slower economic recovery in countries and the burgeoning importance of international services. According to the IATA, the European aviation industry faced a net loss of ~US$ 26.9 billion in 2020. 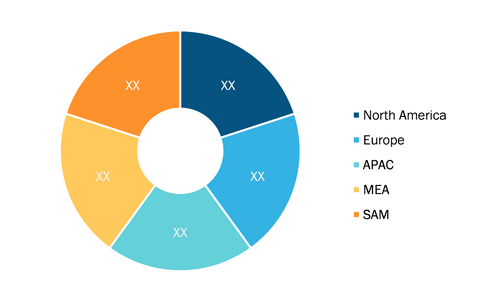