Upsurge in Demand for High Performance Vehicles to Drive Market Growth at CAGR of 5.6% during 2020–2027

According to our latest market study on “Antifreeze Market Forecast to 2027 – COVID-19 Impact and Analysis – by Product Type (Ethylene Glycol, Propylene Glycol, Glycerin, and Methanol), Technology Type [Organic Acid Technology Antifreeze, Inorganic Acid Technology Antifreeze, and Hybrid Organic Acid Technology], and Application (Automobile, Construction, Electronics, and Others),” the market was valued at US$ 6,280.33 million in 2019 and is projected to reach US$ 9,603.41 million by 2027; it is expected to grow at a CAGR of 5.6% from 2020 to 2027. The report highlights key factors driving the market growth and prominent players along with their developments in the market.

Antifreeze is a type of additive that helps in lowering the freezing point in a water-based liquid. A mixture of antifreeze is used to obtain freezing point depression for cold environments. Antifreeze are used to increase the boiling point of a liquid and provide higher coolant temperature. It is mainly deployed in automobiles for the altering the freezing point and the boiling point of coolants in the combustions placed internally in the liquid cooled engines. Antifreeze can be developed from organic acid, azoles, and inorganic salts or from the combination of these. It helps in preventing rigid enclosures from bursting when they expand due to freezing. The study also takes into consideration coolants, which are significantly obtained by mixing antifreeze into water usually at a 50–50 ratio. The ethylene glycol antifreeze is used as a base to create the liquid that is pumped into the vehicle engine for regulating and maintaining the optimum operating temperature during the extreme cold or hot temperatures. The companies are offering more products in accordance with coolants as compared to antifreeze.

Increasing demand for high performance vehicles is driving the market growth. The use of highly potential and advanced engine in the car offers better competency in terms of its overall weight, acceleration, and high performance quality. The high performance vehicles are gaining momentum owing to their aerodynamic builds, sticky tires, smart suspensions, and fortified brakes. The high performance cars have high requirement for automotive antifreeze or coolants as they help in managing the excessive heat generated by engines and other components of vehicles. Antifreeze also maintain temperature by protecting the cooling systems from overheating during extreme heat conditions and from freezing during the winters. They prevent rust and corrosion and engine failure, as well as extend the life of the engine components. The high performance cars have experienced a surge in sales in the past few years. For instance, as per a report published by the University of Groningen, the Mercedes Benz car division sold a total of 2,339,562 cars in 2019 in spite of the difficult situation. The growth in its sales was due to the huge market success of their new compact-class models together with the continued strong demand for the E-class and SUVs. Antifreeze plays a crucial role in such high performance vehicles, which helps in regulating the engine during extreme temperatures and in maintaining the heat produced by the components. Thus the rising demand for the high performance vehicles drives the growth of the antifreeze market.

The COVID-19 outbreak was first reported in Wuhan (China) during December 2019. As of January 2021, the US, India, Brazil, Russia, France, the UK, Turkey, Italy, and Spain are among the worst affected countries in terms of confirmed cases and reported deaths. According to the latest WHO figures updated in January 2021, there are ~83,322,449 confirmed cases and 1,831,412 total deaths globally. The COVID-19 crisis is affecting economies and industries in various countries due to lockdowns, travel bans, and business shutdowns. The global chemicals & materials industry is one of the major industries suffering serious disruptions such as supply chain breaks, technology events cancellations, and office shutdowns. For instance, China is the global manufacturing hub and largest raw material supplier for various industries, and it is also one of the worst affected countries. The lockdown of various plants and factories in China is restricting the global supply chains and disrupting manufacturing activities, delivery schedules, and various chemicals & materials sales. Various companies have already announced possible delays in product deliveries and slump in future sales of their products. In addition, the global travel bans imposed by countries in Europe, Asia, and North America are hindering the business collaborations and partnerships opportunities. All these factors are anticipated to hamper the chemicals & materials industry, which would restrain the growth of antifreeze market in the coming months. 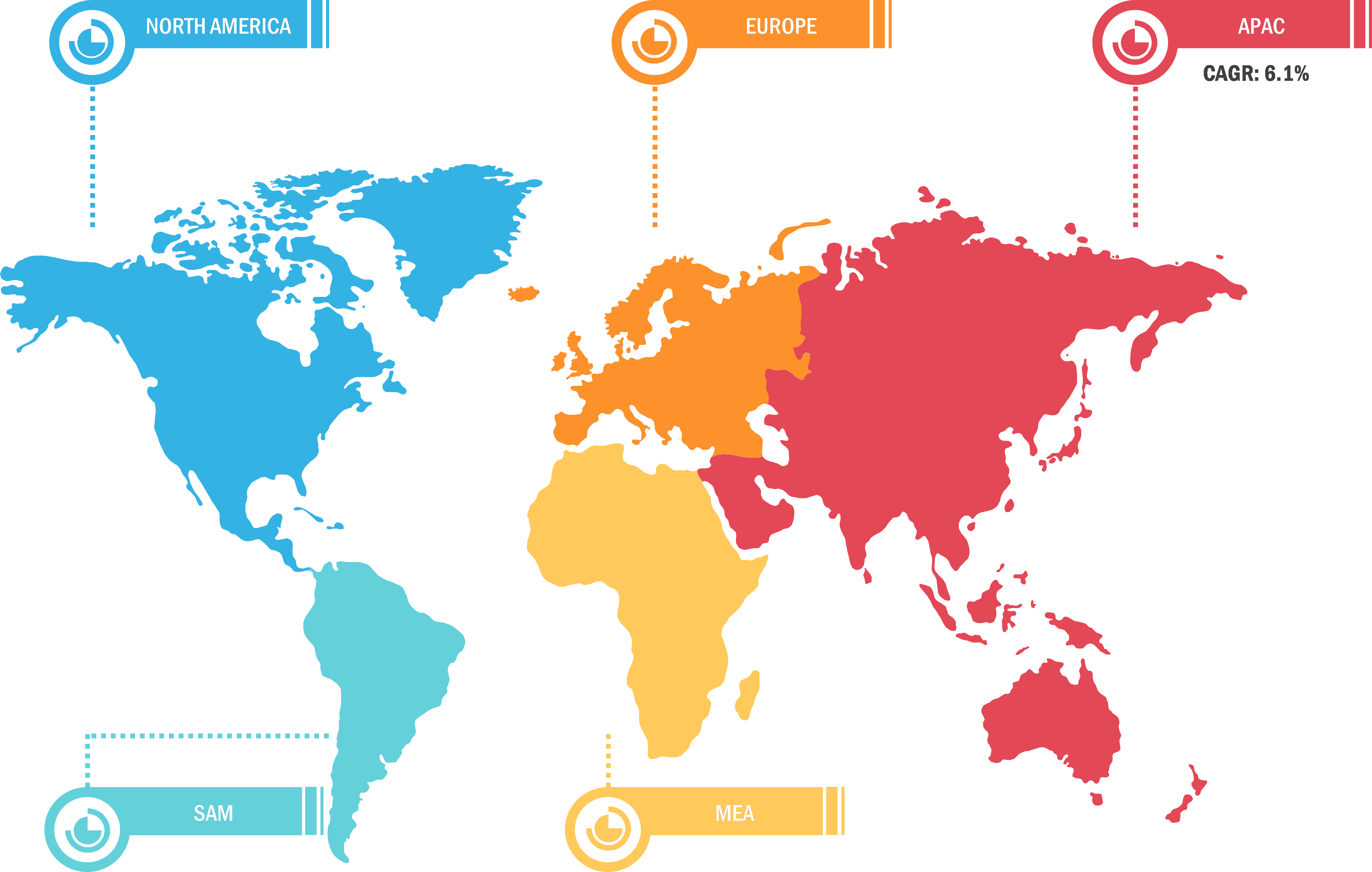 The Report Segments the Global Antifreeze Market as Follows: