According to our latest market study on “Atomic Clock Market Forecast to 2027 – COVID-19 Impact and Global Analysis – by Type (Rubidium Atomic Clock and CSAC, Cesium Atomic Clock, and Hydrogen Maser Atomic Clock) and Application (Space and Military/Aerospace, Scientific and Metrology Research, Telecom and Broadcasting, and Other Applications),” the market was valued at US$ 418.73 million in 2019 and is projected to reach US$ 668.58 million by 2027; it is expected to grow at a CAGR of 6.2% from 2020 to 2027.

North America led the global atomic clock market with 34.58% revenue share in 2019, followed by Europe and APAC. Increasing organic and inorganic strategic developments—such as product launches, and mergers and acquisitions—among the market players support the atomic clock market growth in North America. For instance, the US government agency introduced a new atomic clock in April 2014 to enhance civilian timekeeping standards. Smart Grid Mexico, a non-governmental organization, was launched in 2014 to promote the development and execution of technological solutions in the energy industry in Mexico to increase its efficiency. This program further integrates the community of collaboration and exchange that encourages smart grids in the country. Such initiatives are anticipated to propel the demand for atomic clocks during the forecast period.

In 2019, Europe stood second in the atomic clock market with a share of 29.68%, and it is anticipated to witness a steady CAGR from 2020 to 2027. The growth of the atomic clock market in Europe is attributed to the increasing number of projects focusing on atomic clock development. For example, a new EU project on ultra-accurate atomic clocks was announced in May 2016. Researchers from nine different European countries, including France, England, Germany, and Denmark, are collaboratively working on this project. In September 2019, Orolia Defense & Security completed the acquisition of Talen-X, a US company specializing in advanced Global Navigation Simulation System (GNSS) solutions and Interference, Detection, and Mitigation (IDM) technologies. Similarly, in May 2017, Orolia—one of the world leaders in Resilient Positioning, Navigation, and Timing, also known as PNT solutions—announced the acquisition of Netwave Systems, Zoetermeer, Netherlands.

Europe has the presence of satellite communication solutions providers such as Satcom Global Ltd and Holkirk Communications Ltd. However, the onboard atomic clocks driving satellite-navigation signals on the European Galileo network have noticeably failed, and nine clocks have stopped working on the 18 satellites in orbit. Such factors hinder the growth of the atomic clock market in Europe. Companies adopt inorganic market strategies to expand their footprints across the world and meet the growing demand from customers. The atomic clock market players mainly focus on the acquisition strategy to expand their business and maintain their brand name globally. For instance, in 2020, Orolia is selected for the Galileo Global Navigation Satellite System (GNSS). Under contracts totaling €26 million, Orolia delivered the most stable, accurate timing solutions available.

All major countries across the globe are characterized by the presence of various sectors such as BFSI, automotive, aerospace & defense, and telecommunication and broadcasting. The COVID-19 outbreak is adversely affecting across all regions. The governments across the globe are imposing lockdowns and movement restrictions due to the crisis. Recently, the second wave of the outbreak across the globe led to a month-long lockdown in several countries. A large number of businesses—especially SMEs—are facing financial challenges as they are suspending their operations or reducing activities in a substantial manner owing to restrictions imposed by the government and lack of manpower. In various countries, the lockdown is putting restrictions on a few activities such as new projects/programs launch and R&D investments. It is also disrupting delivery schedules due to supply and demand gaps, which is restraining the growth of atomic clock market. 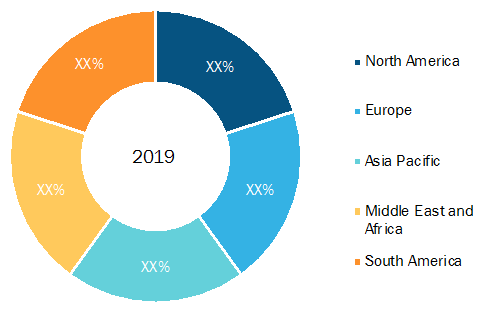 The global atomic clock market has been segmented as follows: