According to our latest market study on “Augmented Intelligence Market Forecast to 2027 - COVID-19 Impact and Global Analysis by Technology (Machine Learning, Natural Language Processing, Context-Aware Computing, Machine Vision, and Others), Enterprise Size (Large Enterprises and SMEs), End-User (IT and Telecommunication, Retail and E-Commerce, BFSI, Healthcare, and Others), and Geography,” the market was valued at US$ 7,084.4 million in 2019 and is projected to reach US$ 74,619.2 million by 2027; it is expected to grow at a CAGR of 35.4% from 2020 to 2027.

In 2019, North America held the largest market share with more than 30% share and is projected to maintain its market dominance during the forecast period, followed by Europe and Asia Pacific. Technological advances have resulted in a highly competitive market in the region. Growing populations with increase in spending power are attracting many technological developments. The consumer electronics sector has flourished in the region. There is a relatively high density of consumer electronic devices, such as smartphones, in the region. This is likely to contribute to the growth of the North America augmented intelligence market. Growth in the e-commerce sector is also expected to fuel the growth of the market in the region by increasing the concentration of competition among the vendors to adopt advanced technologies to improve their sales and productivity. North America is the B2C e-commerce leading region in sales. It represents around 33% of the total worldwide e-commerce purchases. Growth of online retail is due to the high internet penetration in North America. The region's high internet penetration drives the demand for the e-commerce industry, which, in turn, fuels the need for augmented intelligence in complex decision making, predictive inventory planning, and understanding customer requirements.

In 2019, Europe stood second in the augmented intelligence market with a share of 23.8%, and it is anticipated to witness a steady CAGR from 2020 to 2027. Europe comprises several developed and developing economies, such as Germany, France, Italy, the UK, and Russia. Western Europe is renowned for its improved living conditions, with residents experiencing higher income levels. It is one of the wealthiest regions on the continent of Europe, with more GDP per capita than the other parts. Year 2019 showed promising results for tech investments in Europe as European tech continued to break records, despite UK and EU economic slowdowns.

Companies adopt inorganic market strategies to expand their footprints across the world and meet the growing demand. The augmented intelligence market players mainly focus on the acquisition strategy to expand their business and maintain their brand name globally. For instance, in 2020, Coca-Cola European Partners (CCEP) signed a agreement together with IBM to boost its transformation to an open hybrid cloud environment using Red Hat OpenShift and Red Hat Enterprise Linux. The move is made to reduce its operational expenses, increase IT resiliency, and leverage analytics and Artificial Intelligence (AI) in its daily operations to bring enhanced business insights and deliver greater service to its millions of customers.

According to the latest report from the World Health Organization, the US, Spain, Italy, France, Germany, UK, Russia, Turkey, Brazil, Iran, and China are some of the worst affected countries due to COVID-19 outbreak. The outbreak first began in Wuhan, China, during December 2019, and since then, it has spread at a fast pace across the globe. The COVID-19 crisis is affecting the industries worldwide, and the global economy is anticipated to take the worst hit in 2020, which is likely to have impact on 2021 as well. The outbreak has created significant disruptions in primary industries, such as logistics, retail, and e-commerce. The sharp decline in the international trade is negatively impacting the growth of the global economy. The factory shutdowns, travel bans, trade bans, and border lockdowns to combat and contain the outbreak have adversely affected the businesses. The impact of COVID-19 outbreak on the global augmented intelligence market growth in various countries/regions is described in the below sections. 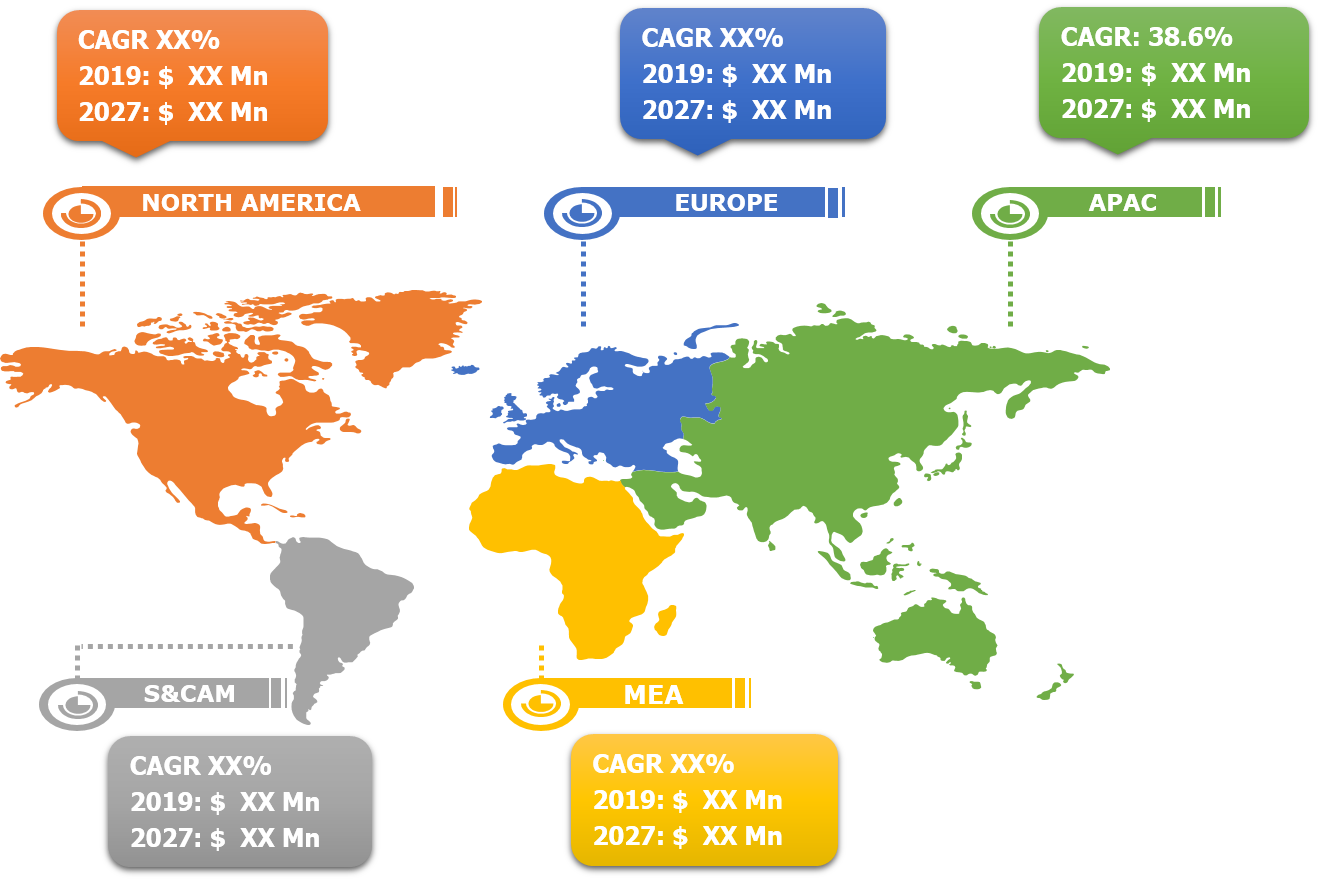 The report segments the global augmented intelligence market as follows: