The oil & gas industry has experienced tremendous growth across the world; several construction projects are also in line, especially in the Southeast Asian countries. Thus, the requirement of integrating pinch valves in various industries is offering future growth opportunities for market players operating in the global pinch valves market. The pinch valves market's favorable growth prospects are primarily attributed to the introduction of advanced products by the manufacturers to control liquids' flow. Furthermore, the constant emphasis on a clean environment is throttling the governments, and subsequently, the municipalities to adopt advanced technologies to clean sewage pipes. Municipalities majorly use sewer machines to clean and unblock sewage pipes or drains at regular intervals, and its demand is steadily growing among the end-users in developed and developing countries. Also, rising expenditure toward the clean environment initiative encourages drain cleaning, sewage cleaning, and wastewater management infrastructure to implement pinch valve to achieve the objective.

As per the United Nations, the world population that stood at 7.6 billion in 2017 is expected to reach 8.6 billion in 2030, 9.8 billion in 2050, and 11.2 billion by 2100. The tremendous surge in population is anticipated to create significantly large volumes of sewage and wastewater daily. This growth trend in response is expected to increase the existing infrastructure's pressure, and the challenge presented would continue persistently. The risk of continuity of the challenge to manage sewage pipelines is pressurizing the governments and municipalities to procure technologically advanced drain cleaning and wastewater management products. Thus, the pinch valve market is foreseen to scale up during the forecast period.

Players present in the Pinch Valves market takes steps to strengthen their services portfolio in order to have high clientele. To accomplish this goal, companies take initiatives with respect to merger & acquisitions of other players, which would eventually help to increase their business revenue, geographical imprints throughout the globe. For instance, Emerson announced the acquisition of Open Systems International, Inc. (OSI Inc.) for $1.6 billion. The addition of OSI Inc. broadens Emerson’s software portfolio and helps customers in the power industry and other end markets. 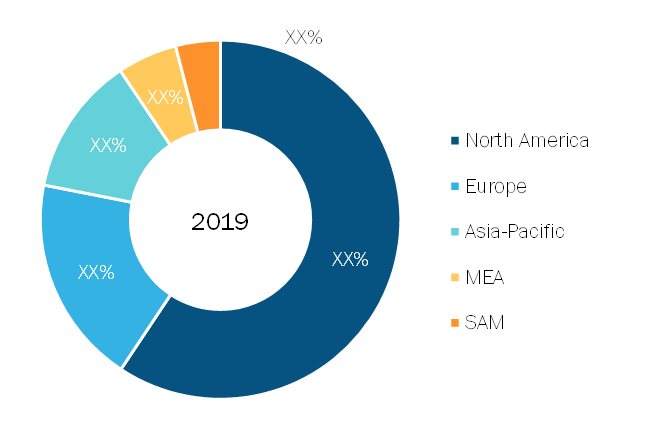 The report segments the global encoders market as follows: