Vegan packaged mac & cheese is included in the category of ready meals. It is instant food designed to be quick and easy to prepare. The vegan packaged mac and cheese comes with prominent vegan messaging throughout.

The global vegan mac and cheese market is witnessing a notable growth rate and is expected to continue to do during the forecast period. The growth of the market can be attributed to the rise in demand for convenience foods. Further, the rising working population, hectic schedules have propelled them to opt for ready-to-eat convenience food items, which is boosting the vegan mac and cheese market. The growing awareness of animal health and cruelty in the food industry has encouraged people to switch from animal foods to plant foods. According to The Vegan Society, the demand for meatless foods increased 987% between 2012 and 2017. Owing to this, a large proportion of the populace has included vegan mac and cheese pasta in their diet. However, rising health concerns such as diabetes, obesity, and cardiovascular problems amongst the population of few developing countries along with the high market competition are hampering the market growth.

The report provides a detailed overview of the industry including both qualitative and quantitative information. It provides an overview and forecast of the global packaged vegan mac & cheese market based on various segments. It also provides market size and forecast estimates from the year 2018 to 2028 with respect to five major regions, namely; North America, Europe, Asia-Pacific (APAC), Middle East and Africa (MEA) and South America. The packaged vegan mac & cheese market by each region is later sub-segmented by respective countries and segments. The report covers the analysis and forecast of 18 countries globally along with the current trend and opportunities prevailing in the region.

The report also includes the profiles of key companies along with their SWOT analysis and market strategies in the packaged vegan mac & cheese market. In addition, the report focuses on leading industry players with information such as company profiles, components, and services offered, financial information of the last 3 years, the key development in the past five years. 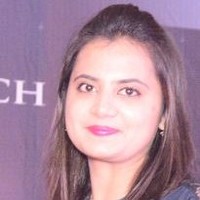