According to The Insight Partners market research study titled ‘Autotransfusion Device Market to 2027 –COVID-19 Impact and Global Analysis – by Type, Application, End User, and Geography.The global autotransfusion devicemarket is expected to reach US$ 1,270.67 millionby 2027 from US$ 936.64millionin 2019. The market is estimated to grow with a CAGR of 4.0% from 2020 to 2027.The report highlights the trends prevalent in the global autotransfusion devicemarket and the factors driving the market along with those that act as deterrents to its growth.

Factors such as, involvement of rare blood groups, rising number of transplant procedures, and rising prevalence of chronic diseases are contributing to the growth of the market. However, risks associated with autotransfusion are likely to pose a negative impact on the market growth. On the other hand, need for reinfusion of blood is likely to have a positive impact on the growth of the global autotransfusion devicemarket in the coming years.

The emergence of COVID-19 pandemic is estimated to have significant impact on the autotransfusion device market. Majority of the pharmaceutical companies around the globe are engaged in the development of vaccine for COVID-19. However, this shift of focus for research and development is anticipated to have negative impact on the other segments of the market. Also, the disruptions in supply chain caused due to shut down of global operations are also projected to have adverse impact on the market by certain extent.

The market players are focused toward bringing new and innovative products and services to sustain their position in the market. For instance, in December, 2016, Fresenius Kabi and Terumo Cardiovascular Group introduced CATSmart in the US Fresenius Kabi USA and Terumo Cardiovascular Group have signed an exclusive, five-year distribution agreement for CATSmart.The developments performed by the companies are helping the market to grow in the coming years. 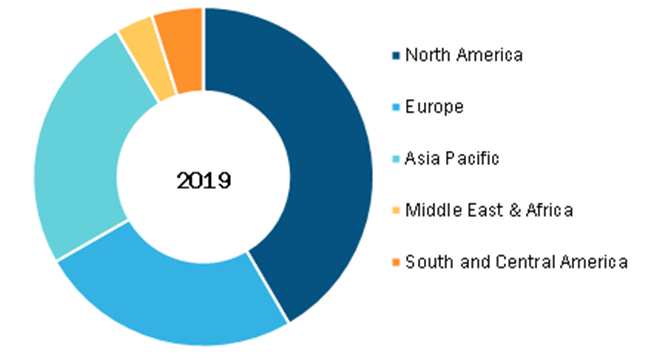 The Report Segments the Global Autotransfusion Device Market as Follows: