The rugged phones market in Asia Pacific is expected to grow at the fastest CAGR of 8.9% during the forecast period. The growing trend of factory automation and digitalization across industries, rising investments in industrial development, and government expenditure in Asian countries such as China and India are a few of the key factors fueling the demand for semi-rugged and ultra-rugged phones in the military & defense, commercial, and industrial sectors in APAC. Thus, China, India, Japan, South Korea, and several Southeast Asian countries are anticipated be the chief adopters of rugged phones in the coming years. Huge population growth; rising disposable income; growing urbanization & industrialization; high smartphone / mobile phone adoption; favorable government policies promoting industrial growth;, and high R&D investments, especially in mobile phone and communication technologies, are among the other key factors boosting the rugged phones market growth in APAC.

The COVID outbreak has affected a large number of businesses in North America, leading them to financial and logistics challenges. Enterprises either had to suspend their operations or reduce their activities, owing to the containment measures. Several countries across the region represent a major market for rugged phones owing to the presence of a strong military & defense, industrial, and government & public safety sectors. In countries such as the US, lockdown restrictions are disturbing the schedule of new product launches, investments in R&D, and revenue of companies due to reduced demands, and disruptions in supply and delivery schedule, which is restraining the overall growth of rugged phones market in the region. 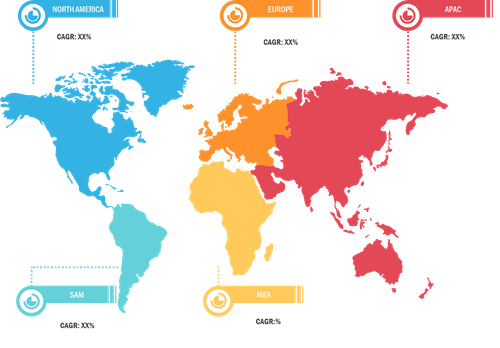