According to our latest market study on “Global Silicon Fertilizer MarketForecast to 2027 –COVID-19 Impact and Analysis– by Type (Synthetic and Natural), Form (Liquid and Solid), and Application (Field Crops, Horticultural Crops, Hydroponics, and Floriculture),”the global silicon fertilizer market was valued at US$ 1,329.85 million in 2019 and is projected to reach US$1,768.81 million by 2027; it is expected to grow at a CAGR of 3.7% from 2020 to 2027. The report highlightskey factors driving the market growth and prominent players along with their developmentsin the market.

Silicon is the second most abundant element in the earth's crust, after oxygen. Naturally, silicon occurs in the form of silicates and oxides and it is exploited as a fertilizer as it offers resistance to several plant diseases. Silicon fertilizer plays a vital role in plant growth, mechanical strength, mineral nutrition, and resistance to fungal diseases. It also helps develop plant roots, decrease abiotic stress, and prevent stalk lodging, which promotes upright growth of the field and horticultural crops. Furthermore, silicon fertilizers help plants retain other required micronutrients, such as copper, iron, and boron, thereby aiding in the productivity and sustainable production of all agronomic crops. Silicon fertilizers play a critical role in balanced crop nutrition. Silicon deficiency in plants can result in various diseases—such as septoria and powdery mildew—that can reduce plants' quantity and quality. Silicon fertilizers find a wide array of applications in agribusiness. The need for effective fertilizers is increasing rapidly, owing to low soil quality. Silicon fertilizers help enhance crop yield and productivity with minimum cost.This hasincreased the traction of silicon fertilizers among farmers in recent years.

There is a rapid rise in population across the globe. According to the U.S. Census Bureau, the global population reached 7billion in 2012, and the new estimates indicate that it would reach 8billion in 2025. China and India hold the first and second position in terms of population. Rise in population and growth of emerging economies lead to increased demand for food, thereby increasing agricultural activities. Almost one in seven people worldwide is chronically hungry, not getting enough food to be healthy and lead active lives.Moreover, the arable land worldwide is diminishing due to a range of human and climatic factors, including urban encroachment, industrialization, climate change, soil constraints, and unequal land distribution. According to the Global Land Assessment of Degradation, approximately 2billion hectares worldwide have been degraded since the 1950s. To meet rising food demand across the world with available cultivable land, the yield and productivity of land should improve considerably. Farmers are incorporating micronutrients along with other necessary ingredients in the form of fertilizers. Appeal for quality and uniform crop yield due to the population expansion worldwide and reduction in cultivable land propel the demand for agricultural micronutrients. This fact is indirectly catalyzing the demand for silicon fertilizers, as silicon fertilizers produce a better yield with minimum cost. For instance, sugarcane crops require silicone for maximum yield. Sugarcane is a silicon accumulating crop and responds very well to silicon fertilization. Deficiency of silicon is one of the major reasons for low cane yields and low sugar recovery. Likewise, incidence of lodging in rice and wheat exhibit reduced when silicon was provided. Thus, rising production of sugarcane as well as cereals—such as rice and wheat—is driving the silicon fertilizer market's growth.

Coronavirus outbreak first began in Wuhan, China, during December 2019, and since then, it has spread at a fast pace across the globe. As of October 2020, the US, India, Brazil, Russia, Argentina, Spain, Colombia, France, Peru, Mexico, the UK, and South Africa are some of the worst affected countries in terms of confirmed cases and reported deaths. According to the latest WHO figures, there are ~40,665,438 confirmed cases and ~1,121,843 total deaths globally.Due to the global pandemic, the indefinite lockdowns across countriesand supply chain disruptions in the silicon fertilizers market have affected farmers at the very beginning of the food production process. The lockdowns hampered the movement of vehicles, containers, and raw materials. The shutdowns also have a direct impact on the silicon fertilizer value chain. Currently, fertilizer manufacturers are depending on emergency stocks of raw materials, which wouldsoon be over if the current scenario continues to persist. Raw material price volatility is also a major challenge faced by the manufacturers of silicon fertilizers due to the COVID-19 pandemic. Major players are focusing on modifying and altering their supply chains in order to reinforce their online presence and delivery measures in an attempt to adapt to the present business scenario. 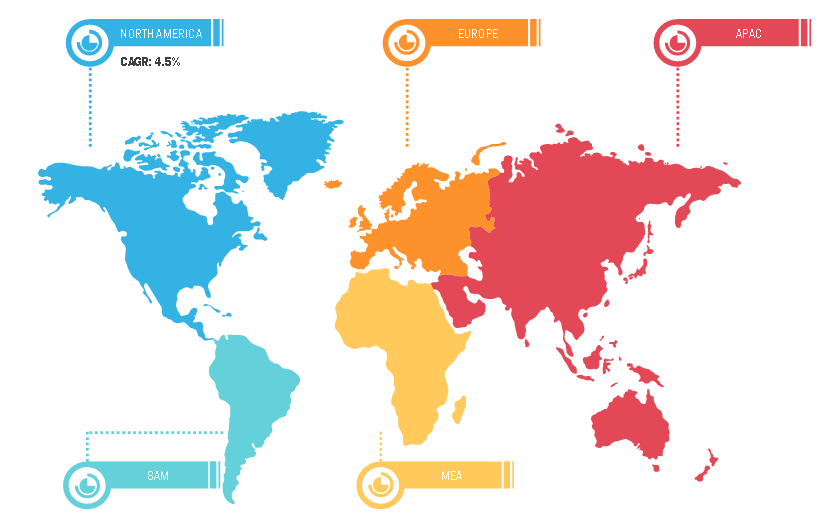 The report segments the global silicon fertilizer market as follows: