According to our new market research study on “Smoking Cessation Aids Market Forecast to 2028 – COVID-19 Impact and Global Analysis – by Product, End User, and Geography,” the market is expected to reach US$ 64,032.30 million in 2028 from US$ 23,413.08 million in 2021. The market is estimated to grow with a CAGR of 15.5% from 2021-2028. Key factors that are driving the growth of this market are rising addiction toward tobacco smoking, increasing number of campaigns to reduce smoking and tobacco dependence. However, steeping costs for development of nicotine replacement therapies are likely to restrain the market growth in the future years to some extent.

Based on product, the smoking cessation aids market is segmented into nicotine replacement therapy, drugs, electronic cigarettes, and others. E-cigarettes are considered as a healthy alternative to tobacco cigarettes and is estimated to be the fastest growing segment over the forecast period. E-cigarettes are an effective alternative for reducing health conditions associated with tobacco, while nicotine replacement therapies work best for smoking cessation. E-cigarettes are a potential threat to tobacco-based cigarettes. In addition, Consumption of e-cigarettes are less harmful compared to the regular cigarettes, no smoke and no risk of passive smoking, allowed to use even in no-smoking places, varying nicotine levels, and availability in various flavors are some of the major driving factors for the e-cigarettes market. in addition, the increasing popularity of e-cigarettes backed by its electronic feature is the major factor contributing towards its increasing demand.

The huge patient population in developing countries of Asia Pacific is generating demand for new products and therapies for smoking cessation. The number of clinical trials conducted in Asia Pacific is more than those in the US or Europe owing to low operational costs, large patient recruitment potential, contract research organizations growth, favorable regulatory environment, and better clinical trials capacity and quality. In North America and Europe, ~35% of trials are delayed due to problems in patient recruitment, and one-fifth of the trials are refrained from enrollment due to insufficient number of subjects. As per the report “Clinical trials in Asia: A World Health Organization database study,” from 2008 to 2017, the average yearly rise in the number of clinical trials conducted was 41.9% in Iran, 27.1% in Sri Lanka, 23.3% in China, 21.3% in India, 18.4% in Japan, 14.7% in Thailand, 8.4% in Malaysia, and 12.9% in Korea.

In addition, Southeast Asian countries has one of the highest smoking populations in the world. The population can lead to the high incidence of chronic diseases in Asia-Pacific, which is a key factor increasing the number of clinical trials in Asia. Thus, the introduction of new smoking cessation products in terms of therapeutic and medical device aids in the emerging economies is likely to provide significant growth opportunities to players involved in the global smoking cessation aids market in coming years.

COVID-19 outbreak was first observed in December 2019 in Wuhan (China), and it has spread to more than 100 countries across the world, with the World Health Organization (WHO) stating it as a public health emergency. The global impacts of COVID-19 are being felt across several markets. The findings show that e-cigarette usage and dual use of e-cigarettes and cigarettes are important underlying risk factors for COVID-19 that have previously not been established. As per the researchers, smoking is a risk factor for influenza, patients who smoke are immunosuppressed to some degree, and they make more mucus. 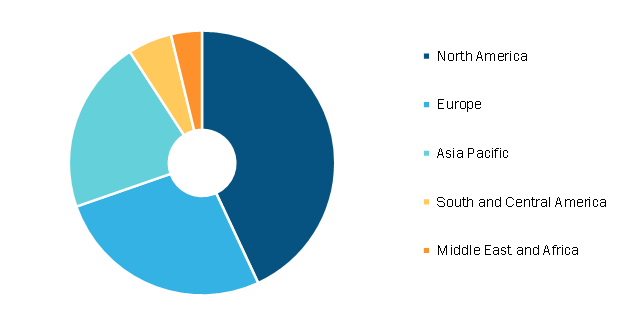