Published Date: 23 May 2022
Get Free Sample PDF Inquire Before Buying

According to our latest market study on “Sodium Benzoate Market Forecast to 2028 – COVID-19 Impact and Global Analysis – by Application (Food and Beverages, Pharmaceuticals, Cosmetics, Agriculture, and Others),” the market is projected to reach US$ 182,965.2 thousand by 2028 from US$ 132,214.6 thousand in 2021; it is expected to grow at a CAGR of 4.5% during 2021–2028. The report highlights key factors driving the market and prominent players along with their developments in the market.

The market is witnessing a strong growth due to the rising penetration of sodium benzoate in various applications, such as food and beverages, pharmaceuticals, and cosmetics, to maintain product quality, improve product safety, and extend product shelf life. In many countries, the popularity of skipping meals such as breakfast has led to consumers' increasing preference for processed and packaged food and beverage products. Sodium benzoate is an important ingredient in processed food and beverage products as it is used as a preservative. The end-user industries are actively looking for various grades of sodium benzoate, which has given manufacturers a great opportunity to gain a significant market position by expanding their product portfolio and launching new products. The growth of the sodium benzoate market is also fueled by the growing number of food and beverage processing units in developing countries.

Eastman Chemical Company; Foodchem International Corporation; A.M FOOD CHEMICAL CO., LIMITED; Jarchem Innovative Ingredients LLC; MERCK KGaA; LANXESS; Akema S.r.l.; Zancheng Life Sciences Ltd.; FBC Industries; and Reagents are among the key players operating in the global sodium benzoate market. The market is expected to remain lucrative in the coming years owing to the increased use of sodium benzoate to attract consumers. The capital cost involved in producing sodium benzoate and operating a manufacturing unit is on the moderate side, influencing an entrant's decision to enter the market. The major manufacturers of sodium benzoate have the majority of the share in the market, which makes it difficult for new companies to enter the market. As the sodium benzoate market grows, there will be an increase in the number of local and regional manufacturers, which may become a threat to the established players.

The demand for sodium benzoate in cosmetics, food preservation, agriculture, and pharmaceutical applications drove the market before the COVID-19 pandemic. However, the COVID-19 pandemic led to temporary effects on the operational efficiencies of various industries in the region. Governments of various countries imposed lockdowns in early 2020 to restrict the spread of the virus. As a result, the logistics and supply chains were affected severely, restricting the raw material availability for sodium benzoate. Benzoic acid is the major raw material for sodium benzoate. The lockdown resulted in the disruption of manufacturing activities of sodium benzoate due to the impact on the supply of benzoic acid. All these factors hindered the sodium benzoate market in 2020. However, the supply chain activities picked pace as the countries eased the lockdown restrictions and accelerated vaccination drives. This led to a recovery in demand for sodium benzoate in the end-use industries as most of the regional demand is fulfilled by import. 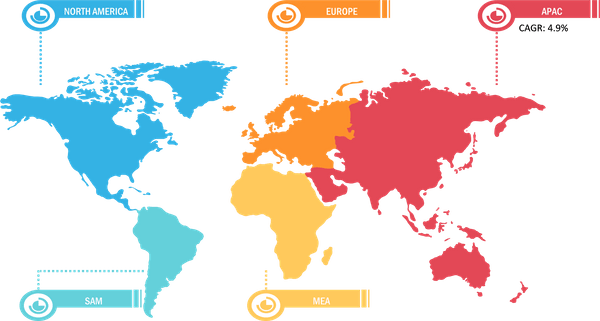 The report includes the segmentation of the global sodium benzoate market as follows: