Superconducting processors may become an important component of the next generation of supercomputers. For starters, they could assist in overcoming the major issue of scaling up quantum computers. Second, they might significantly improve the performance of classic supercomputers while drastically reducing their power usage. A multidisciplinary research initiative will address one of the primary obstacles of this approach, data transport to and from low temperatures required for superconductivity.

A quantum computer's processing power is based on superconducting qubits that operate at extremely low temperatures. At room temperature, qubits are commonly operated by conventional electronics connected by electrical lines. When the number of qubits reaches the needed level of hundreds of thousands, the number of control cables becomes incapable of scaling up to match the number of qubits without causing an unacceptable heat load, thereby jeopardizing the quantum processor's low temperature. One solution is to control the quantum processor with a nearby classical processor. The single flux quantum (SFQ) technology, which follows classical computer logic but employs superconducting technology instead of semiconductors, is the most promising answer. Due to its low-temperature requirements, SFQ has only been employed in a few classical computers.

The healthcare business in the US is vast and only grows as the population grows. Many businesses and healthcare institutions collaborate to improve patient satisfaction and quality of care, but this sometimes comes at a high cost. In 2020, total national health expenditures of the US increased by almost US$ 365 billion over 2019. One-third (almost $119 billion) of the rise in spending can be attributable to increased public health spending. Hospital expenses grew by 20.9%, including increased federal payments and loans to hospitals for COVID-19 assistance and increased Medicaid. Moreover, the hospital and laboratories are showing concern in using MRI (magnetic resonance imaging), which is steadily rising in the US. Molecular imaging is significantly increasing its contribution through non-invasive techniques for accurate disease diagnosis and determination, directly impacting the superconductors market. Additionally, scientists are attempting to develop new types of faster and very energy-efficient integrated circuits that can enable sustainable and large-scale exascale computing by using superconducting materials as an alternative to today's semiconductors. For instance, in April 2022, Researchers in the US were awarded a US$ 15 million National Science Foundation (NSF) grant to build superconductor chips that are expected to be much quicker and consume significantly less energy than the computing gear used today. Thus, the rising adoption of the superconductive material will drive the superconductors market growth during the forecast period. 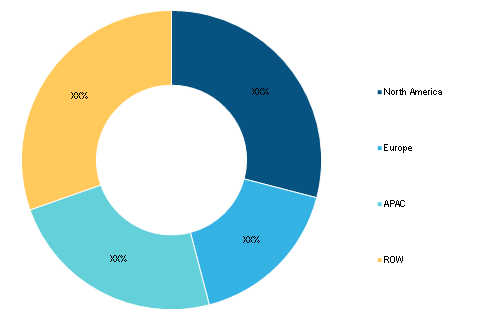