The need for energy-efficient electronics, implementation of advanced manufacturing strategies, rising demand for smart devices, and growing adoption of modern and enhanced technologies in consumer electronics are the prominent factors driving the demand for PCBs, eventually propelling the requirement for terminals blocks. However, stringent regulatory standards such as Underwriters Laboratories (UL), Canadian Standards Association (CSA), and European Union’s (EU) CE restrict the growth of the terminal blocks market size.

North America has the highest acceptance and development rate of emerging technologies worldwide due to favorable government policies to boost innovation and reinforce infrastructure capabilities. Therefore, any negative impact on industries hinders the region's economic development. Notably, the US is one of the world's worst-affected countries due to the COVID-19 pandemic. The crisis led to a cascading impact on multiple industries, including IT, automotive, and telecommunication. The operations in these industries were put on hold, which hampered the business dynamics in the first half of 2020.

The COVID-19 pandemic hastened the shift to a work-from-home model, which increased the demand for consumer electronics products and electronic gadgets wherein PCBs are used. In the post-pandemic scenario, the IoT adoption for sustainability, shift to cloud platforms, growing industrial automation adoption, and secured remote access are key factors propelling the demand for PCBs, strengthening the market expansion. 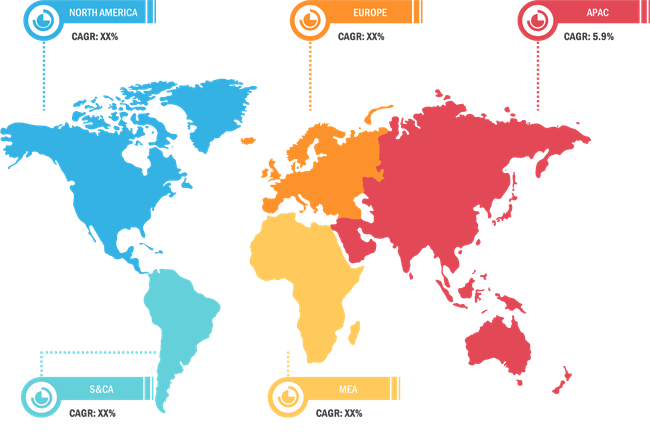 In terms of terminal blocks market share, the market held the largest share in 2020 and is also expected to dominate the market during the forecast period. The adoption of 5G and companies' investments in 5G infrastructure contribute to the region's terminal blocks market growth. Ericsson invested more than US$ 100 million in their 5G smart factory in Texas and shipped the first 5G radios built there in May 2020. In April 2021, SaskTel announced a US$ 55 million investment in Saskatchewan, Canada, to launch 5G in 2021 and 2022. They started deploying their network in December 2021, laying the groundwork for the province's future connectivity. These investments by the telecom companies are further accelerating the North America terminal blocks market growth. Further, the food & beverages industry across the region has been flourishing over the last decade with the rapid rise in the adoption of robotics. For instance, Utz Brands Inc. announced its production plant automation plans to reduce overall operational costs in 2021. Various other brands, including Hormel Foods, Tyson Foods, and ITC, are also raising their investments in adopting robotics across their production plants, especially for redundant operations such as packaging and assembling. Thus, a rise in the adoption of robotics in the flourishing industrial sector is contributing to the growth of the terminal blocks market in North America.

These factors are further boosting the growth of the terminal blocks market size across North America.

In terms of terminal blocks market share, the European market held the second-largest share in 2020. The European Commission raised the European renewables target for 2030 from 40% to 45%. The REPowerEU Plan would help achieve this target. By 2030, the REPowerEU Plan would increase total renewable energy generation capacity to 1,236 Giga Watt (GW), from the previous target of 1,067 GW. The EU Solar Energy Strategy, a part of the REPowerEU plan, aims to establish over 320 GW of newly installed solar photovoltaics by 2025 and 600 GW by 2030. In addition, the European Commission raised the target of achieving renewable energy from 9% to 13% by 2030. Thus, to achieve the target, European Commission is investing in an innovation fund of US$ 3.22 billion. These green energy initiatives are further increasing the demand for terminal blocks across the region, thereby contributing to the growth of the regional terminal blocks market.

TE Connectivity, Phoenix Contact, Weidmuller, ABB Ltd, Wago, and Weco are among the prominent terminal blocks market players. The market is highly fragmented, with several players localized in a specific region to cater to domestic demand.

The terminal blocks market players operating are mainly focused on the development of advanced and efficient products.