The aircraft randome market is broadly segmented into five major regions—North America, Europe, APAC, MEA, and SAM. APAC dominated the aircraft randome market growth. owing to rapid demand for aircrafts in the region. The commercial airlines in the region are procuring aircrafts in large numbers in order to meet the surging demand for air travel within and outside the region. Moreover, major defense powers such as China, India, Japan and South Korea are investing substantial amounts in designing, developing, manufacturing and procurement of advanced aircraft radomes to equip their latest military aircrafts with the robust radome. In addition, modernization programs are increasing in the Asia Pacific aviation industry, which is leading to adoption of advanced aircrafts radomes heavily. 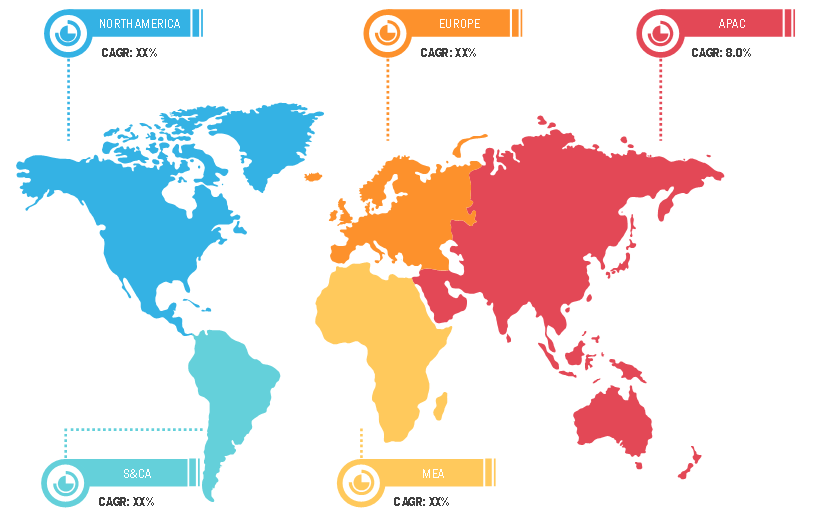 The modern aircraft radome manufactures need to provide the latest low dielectric prepregs, which offer low moisture absorption, low dielectric constant properties and low loss tangent among others. This are achieved by syntactic foams, liquid resin systems, and cyanate ester and epoxy based prepregs, and the combination of these composite materials eliminates conductive graphite from dielectric material, resulting in ensured electrically pure products with higher quality. Attributing to these benefits of quartz fiber over glass fiber, the demand for quartz fiber is increasing substantially among the commercial airlines as well as the defense forces across the globe, which is leading the market for aircraft radome to escalate significantly during the forecast period

Based on design type, the nose randome segment dominated lead the global aircraft randome market in 2016. With the increase in spending on commercial aircraft fleet by various geographic region such as Asia Pacific, Middle East and Africa and North America has led towards the growth of nose radome market. However, incremental outlay for strengthening defense sector by some of the developing countries such as India, China, Saudi Arabia and Singapore among others is further going to fuel the market for aircraft nose radome.

Based on material type, the glass fiber segment dominated the global aircraft randome market in 2016. Glass-fiber radome were first used in military aircrafts, latter used by commercial aircrafts. Radome are exposed to rapid acceleration and drag forces due to the advent of supersonic/hypersonic aircrafts

The global aircraft randome market has been segmented as follows: