Air Gun Market Set to Grow with Massive CAGR by 2027

Individuals' growing interest in sports and leisure activities, such as shooting, which demands an air pistol with high precision, accuracy, and speed, is propelling the air gun market worldwide. One of the major drivers of the air gun market is the growing number of athletic events across the world. The sporting event includes a variety of shooting sports with varying shooting distances, equipment, time limitations, targets, and athleticism levels. In colonial America, target shooting is one of the favorite sports, and the federal laws are also lenient compared to other countries. Several sporting events such as Asian Games, Olympics, Montana 4-H Shooting Sports Events, World Shooting Para Sport World Cup, and Commonwealth Games organize rifles and pistol shooting competitions for different categories. All these events require air pistols and air rifles of better efficiency and accuracy.

Rifles and pistols used in this competition have a specific predefined range. For −400 yards, air rifles with 0.177 calibers, shoot a pellet depending on the category of the rifle, the velocity with which the pellet is fired from the rifle, the distance, the angle, and the direction of the wind. Similarly, the caliber range of air pistols varies from 0.177 to 0.22 calibers for 15–60 yards of a range, which depends on the model of the air pistol. Thus, air gun meeting all these requirements are selected for sporting events. The continuous growth in the number of such shooting events worldwide is boosting the demand for air guns. North America and Europe are engaged in arranging a large number of such events and thus are projected to create huge traction for air gun manufacturers.

The APAC air gun market is further segmented into Australia, India, China, Japan, South Korea, and the Rest of APAC.  As tension and conflicts continue to rise across countries such as India, China, and Pakistan, the military's strategic procurement of considerably huge numbers of air rifles and air gun has positively impacted the air gun market growth in the region. Several government rules and regulations are set for the purchaser across various countries. In Australia, the government announced various laws for the procurement of air gun such as air rifles that are considered Class A firearms to be used for legal purposes, air pistol shooters should have a membership as well as sufficient attendance as a member of authorized pistol club for six months before becoming an owner of the air pistol. Similarly, in China, the regulation for air gun usage is considered to be the most stringent one across the world. The rising interest of individuals in hunting and shooting is forcing the Government of China to modify their laws to some extent and support the young generation to further enhance and develop their interests. The Asian countries are mainly emerging and fragmented markets; they face challenges such as growing inflation, cost pressures, market competitiveness, and market volatility. To address these issues, manufacturers and suppliers eagerly look ahead for air gun to maximize and improve the visibility of the user to procure these guns. 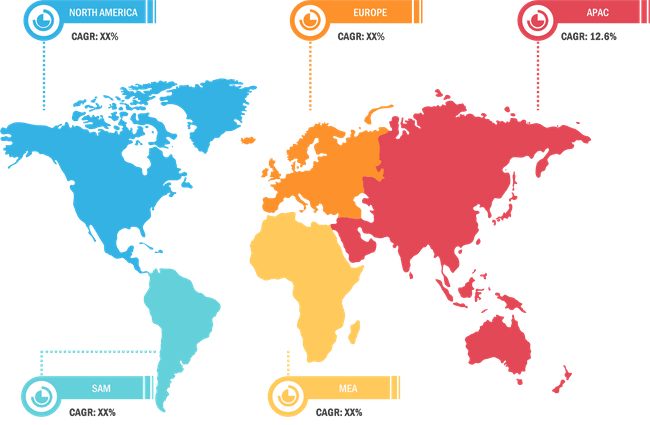 According to the air gun market, the ammunition type segment is categorized into airgun pellets, airgun BBs, big bore pellets, hunting pellets, cleaning pellets, and others. The airgun pellets segment led the air gun market in 2018 and is anticipated to continue its dominance during the forecast period. An air gun pellet is a projectile of different shapes made to be shot from an air gun. The pellets used in air gun are different from the bullets used in firearms. The firearms operate at the pressure of thousands of atmospheres, whereas air gun operates at a pressure lower than 50 atm. The airgun pellets market size is estimated to be surge over the years till 2027, pertaining to the fact that the manufacturers of air gun across the globe are experiencing substantial growth in the adoption of their products. The rise in procurement of air gun directly impacts the growth in demand for air gun pellets. The competition shooting events are rising year on year, which is posting a growth avenue for air gun pellet manufacturers as well air gun manufacturers to scale up their sales figures. This factor is driving the air gun pellets manufacturers.

What are reasons behind North America air gun market growth?
The regional federal law offers the firearm regulation in the US; however, states and cities impose restrictions on the usage of these guns. Many states, namely Alaska, Idaho, and Kansas, have passed numerous laws to abolish federal gun legislation, whereas legal experts stated that these laws are unconstitutional. Furthermore, in 2019, the growing number of new customers in Texas at a dedicated air gun shop in the state â€œAirGuns of Texasâ€ in Abilene has grown by 30%. Moreover, the rise in the number of young hunters with a loud bang of a centerfire rifle permits them to develop a flinch when pulling the trigger. Texas is implementing new regulations for state wildlife agencies to interact with the Fort Worth-based manufacturer, which is indulged in producing one of a half-dozen of big-bore air gun models. The governments in the region have announced various laws and regulations for the adoption of air gun with the continuous developments of air gun for recreational hunting activities.
What are market opportunities for air gun?
In the MEA, the UAE and Africa are perceiving significant demand for air rifles for hunting purposes. The countries have a different rules for the possession of air rifles, which mainly depend on the caliber and muzzle energy of the guns. The UAE regulates somewhat lenient regulation as compared to other countries in the region; it is easy for individuals to apply for air gun possession. Likewise, in South Africa, a valid hunting license must be issued from the relevant provincial authority, which includes a permit authorizing for the usage of an air rifle for hunting. Thus, MEA region is creating a huge opportunities for the air gun manufacturers to expand their foothold in these regions
Which accessories holds the major share in air gun market?
The sights are among the prominent and crucial accessories of any air gun. The air gun manufacturers emphasize heavily on the development of precise and accurate sights with an objective to allow the shooter to have an accurate measurement of the target. The sights are equipped on both the rifles and pistols. The demand for air pistols is all time high pertaining to the less expensive characteristics. This factor rises the demand for sights among the air pistol manufacturers, which enables the manufacturers to procure increased quantity of sights, helping the market size of sights segment to grow.