The global axial fans market is segmented into five major regions—North America, Europe, APAC, MEA, and SAM. One of the key factors driving the growth of the axial fans market is its wide range of applications in industries such as food & beverages, mining, aerospace, electronics, and chemicals. Industrial axial fans are designed to create a large volume of airflow at low pressure. Cooling or air-conditioning is one of the major applications where these types of fans are used. Axial fans move hot air from one location to another to cool a room or an entire building. These types of fans are also used in refrigeration systems, particularly for condenser cooling. According to industrial experts, axial fans are reliable for general purpose applications, such as moving air from one place to another. This is mainly due to the high volume of airflow created at low pressure. Therefore, these fans are suitable for cooling confined spaces, such as a computer, a room, or an entire office. These fans make air-conditioners energy efficient and enhance their durability. Vending and refreshment industries also make use of these fans in most of their machines to keep their products cool and fresh. Axial fans are used in internal cooling systems of computers and other devices.

The outbreak of COVID-19 has created significant disruptions in primary industries such as food & beverage, energy & power, electronics & semiconductor, and chemicals. A sharp decline in the growth of mentioned industrial activities is impacting the growth of the global axial fans market as they are the major supply and demand sources for axial fans products and solutions. Also, applications such as vending machines, snow making machines, and HVAC systems, where axial fans play a crucial role have witnessed strategic decline in the adoption of the products, thus has created a negative impact in the market growth. The factory shutdowns, travel bans, trade bans, and border lockdowns to combat and contain the outbreak have impacted manufacturing, supply, and sales of various electronic components that are required for the manufacturing of axial fans. The estimated impact of COVID-19 outbreak on the growth of global axial fans market in various countries/regions is described below. 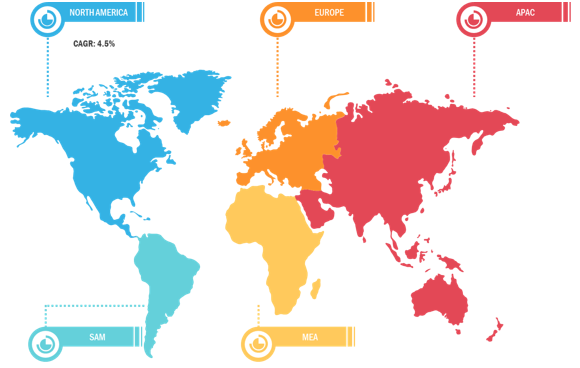 The developed and developing Asian countries such as China, India, South Korea, and Australia provide a huge market growth perspective for many small and large players operating in the axial fans market. The rapid industrial development in these countries is projected to boost market growth during the forecast period. Axial fans have applications in a wide range of industries, such as cement, paper & wood, pharmaceuticals, steel, and food. Axial fans are used in these industries for handling critical processes that require drying, ventilation, and fume & hot air exhaust, among others. These types of fans are mainly applied in equipment dedicated to exchanging heat through environmental air. Cooling towers, air-cooled condensers, and air-cooled heat exchangers are other applications. The low cost of manufacturing in India, China, and South Korea, coupled with the availability of cheap labor, is attracting various industry players to set their manufacturing bases in these countries. Further, limited government regulations for manufacturers in APAC countries is positively influence the growth of the axial fans market in this region.

Based on speed, the market has been segmented into low speed, medium speed, and high speed. The medium speed segment accounted for the largest share of the axial fans market in 2020. Moreover, the high-speed segment is projected to grow at the fastest pace during the forecast period. The rotational speed of an axial fan is measured in terms of revolutions per minute (rpm). The speed of rotation is the number of revolutions the fan impeller has to run in order to meet the performance requirements and is one of the significant factors determining the demand for axial fans.

Based on application, the axial fans market has been segmented into radiator, cooling & refrigeration, ventilation, and others. The cooling & refrigeration segment accounted for the largest share of the axial fans market in 2020. Moreover, the ventilation segment is projected to grow at the fastest pace during the forecast period.

Based on end user, the axial fans market has been segmented into commercial, industrial, and residential. The industrial segment accounted for the largest share of the axial fans market in 2018. Moreover, the residential segment is projected to grow at the fastest pace during the forecast period. Axial fans are well suited for high flow usage and for low air resistance conditions.

The global Axial Fans market has been segmented as follows:

Which was the region to account the largest share for the axial fans market?
Europe dominated the axial fans market in 2018 with a share of 36.9% and is expected to continue its dominance by 2027 with a CAGR of 3.8% from 2019 to 2027. Growth of the automotive, construction, manufacturing, and food & beverages industries in European countries such as Germany, France, UK, and Italy, including others has increased the production and use of axial fans substantially over the years. These countries have also escalated the import of these fans from other regions in order to meet the rising demand for axial fans. Moreover, growth in focus towards economic growth, coupled with surge in demand for industrial goods, is further fueling the demand for axial AC fans in Europe.
What are the major applications of axial fans and which application holds the largest market share in 2018?
Radiator, cooling & refrigeration and ventilation these are among the applications of axial fans. In 2018, the cooling & refrigeration segment accounted for the largest share of 42.6% in the global axial fans market. Axial fans help to maintain the temperature of the refrigerators used to store perishable food products in the food industry. The major applications of axial fans include refrigeration of unpackaged goods, deep freezing, cold stores with heavy foot traffic, and complex cooling tasks. They are used in the production facilities in the food processing industry also installed in transshipment warehouses, high-bay warehouses, and tunnel freezers for the optimal storage and logistics of fruits and vegetables.
What is the major driving factor to favor the axial fans market all over the globe?
Wide range of applications of axial fans in various industries such as food & beverages, mining, aerospace, electronics, and chemicals provides a huge consumer base and further boost the sale of axial fans globally. Axial fans perform the task of transporting air, either in the case of simple pipe or roof fans or in complex compressor systems with an evaporating and condensing heat exchanger. These are used in various applications for cooling, freezing, air-conditioning, heating, and ventilation in industrial plants, compressed air dryers, and cooling towers for process water, units for fast-food preparation and conservation, etc. Therefore, vast application across various industries, such as manufacturing plants, processing plants, cooling towers, duct systems, wind tunnel, extracting waste gas, and food factories has driven the growth of market.