A constant rise in territorial conflicts and geopolitical instabilities is the major factor driving the demand for advanced border security solutions across the world. Further, the mounting procurement of patrol aircraft, marine vessels, surveillance aircraft, transport helicopters, amphibious aircraft, ground attack helicopters, and submarines for enhanced border security is anticipated to drive the growth of the border security market during the forecast period. Also, increasing modernization of the current border security infrastructure is propelling the growth of the border security market worldwide. Further, the growing adoption of intelligent surveillance system (ISS) is gaining attention of the military forces, owing to the mounting demand for enhanced border security and safety. This system is capable of automatically analyzing the video, image, audio, or other type of surveillance data without or with restricted human intervention. The increasing developments of advanced electronic devices such as computer vision, sensor, artificial intelligence, and machine learning plays a significant role in empowering these intelligent systems. The intelligent surveillance system consists of probable sensor modalities and their fusion developments for designing advanced security system such as infrared camera, visible camera (CCTV), thermal camera, and radar system. In intelligent surveillance system (ISSs), several technologies, such as pattern recognition, computer vision, and artificial intelligence technologies are integrated to detect abnormalities in audio, images, and videos. This is further boosting the growth of the border security market globally.

The outbreak of the COVID-19 has severely impacted the defense, aerospace, aviation, and other related industries. The emergence of COVID-19 virus has led to lockdown and unprecedented series of border closures across the world, This disruption is expected to leave an impact on the defense industry through till mid-2021. With the rising concern of health of the public, governments across nations are focused on investing on healthcare and related industries and there has been a shift of budget allocation from defense to healthcare. However, the pandemic has proved that careful coordination is required between all border agencies to ensure effective security measures. Moreover, demand for defense related products such as border security systems will remain unaffected as the budgets for defense related projects had been allocated prior to the pandemic and the projects are extremely critical to national defense. 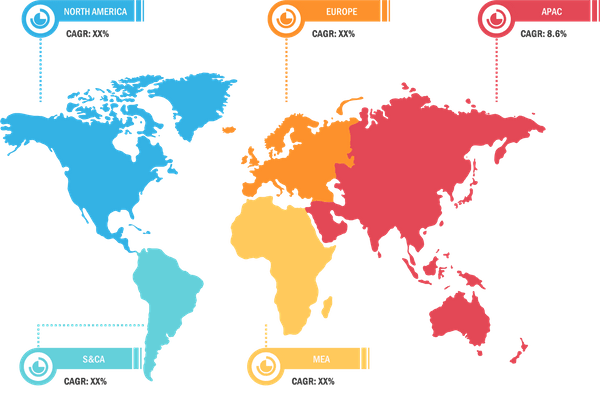 Unmanned aerial vehicles (UAVs), Unmanned underwater vehicle (UUV), and unmanned ground vehicles (UGVs) are being deployed across industries for a wide range of applications, such as mapping & surveying, aerial photography & videography, asset inspection, search & rescue operations, exploration & research, and emergency response. The advantage of using such vehicles during wars is to avoid humiliation in case the aircraft is shot down, and the pilot is captured. Further, the adoption of unmanned underwater vehicles, unmanned aerial vehicles, and unmanned ground vehicles across defence industries is rising at an impressive pace and it is anticipated to drive the future demand of efficient and advanced long range obstacle detection and collision avoidance systems. The application of UUVs, UAVs and UGVs by defence forces and law enforcement agencies for applications such as search & rescue operations, crowd monitoring, site exploration, and location monitoring is further driving the demand for these vehicles across the world.

Based on environment, the border security market is segmented into ground, aerial, and underwater. In 2020, the ground segment accounted for the largest share in the market. The border crossings, formal security controls, and substantial fences offer suitable protection; however, in remote areas, the cost of giving as well as maintaining effective physical barriers is very high. Thus, the Blighter radar are being deployed as the primary detection sensor for high-range remote surveillance platform and can sense slow moving targets, even in mountainous terrains.

Based on system, the border security market is sub-segmented into laser systems, radar systems, camera systems, perimeter intrusion detection systems, unmanned vehicles, wide-band wireless communication systems, command and control (c2) systems, biometric systems, and others. In 2020, the unmanned vehicles segment accounted for the largest market share. These vehicles are used for surveillance, reconnaissance, and visual imaging applications, and comprises common feature used by the US military forces. A large part of the military forces across the world is set to decrease the number of human soldiers and deploy large units of robots used by the military during the forecast period, thus enhancing the human soldier capabilities by increasing the smaller lethal agile forces in the army, which are readily deployable.

The players operating in the Border Security market adopt strategies such as mergers, acquisitions, and market initiatives to maintain their positions in the market. A few developments by key players are listed below:

What are reasons behind border security market growth?
Increasing threats of border security safety and aerial attack are creating the enormous requirement for advanced weaponry integrated with laser, RADAR, and advanced camera system. Countries such as China, the US, the UK, and Russia are strengthening their weapon systems against UAVs, rockets, artillery, and mortar projectiles. The adoption of laser weapon systems is becoming an ideal solution, owing to their enhanced protection techniques and high precision. For instance, in 2019, the US Army was awarded a contract of worth US$ 130 million to Dynetics Inc. along with its partners Lockheed Martin and Rolls-Royce to develop an advanced weapon system.
What are market opportunities for border security?
Laser weapon systems are gaining major demand from countries such as the US, China, Russia, and India, which hold high military power globally. Escalating development of advanced weapons system and increasing adoption of drones or unmanned vehicle for military operations are creating enormous demand for advanced defensive weapons. Several drones and advanced weapons are creating severe damage owing to which the demand for high-precise laser weapon systems is increasing.
Which environment is expected to dominate the market in the forecast period?
The major concerns across the globe associated with the national border security, basically people arriving from other country to live/work there or to smuggle in illegal goods. The border crossings, formal security controls and substantial fences offers suitable protection, but in remote areas, the cost of giving as well as maintaining effective physical barriers is very high. Thus, the Blighter radar are being deployed as the primary detection sensor for high-range remote surveillance platform and has the ability to sense slow moving targets, even in mountainous terrains.