As per IATA (International Air Transport Association) number of passengers travelling by air is expected to reach ~7.8 billion by 2036. This growth in the passengers travelling through airways is majorly influenced by the rapidly emerging middle class segment in developing economies. Exponentially burgeoning working group in the developing region has resulted in increased disposable income and freight traffic. The rise in air travel demand has subsequently resulted in increased production of commercial aircraft, which in response have significantly contributed to the growth of Flight Tracking System market. In the year 2014, after the case of the flight MH17 of Malaysian airlines, the concerns for enhancing the flight tracking system in commercial flight and management of air traffic system became extensively critical. This had led to reinvention of various regulations and emergence of various new initiatives by the global aviation agencies. The UN specialized agency ICAO had created the GADSS (Global Aeronautical Distress Safety System) the comprised of standards and Recommendation Practices (SARP), which described the expectation of airlines and aircraft operators with respect to aircraft tracking in normal conditions and also when the aircrafts are in distress. The normal flight tracking SARPs were applicable in the late 2018, these SARPs established the duties of an air operator in regards to tracking of its aircraft across its zone of operation. Whereas the SARP associated with tracking of aircrafts in distress is anticipated to be implied in January 2021. These SARPs focus on the requirements for automatically tracking the flight in distress with respect to its position updates once or more in a minute.

Not only had the regulatory bodies actively promoted the adoption of flight tracking systems, but some of the private airline companies also participated in the market activities to drive the adoption of flight tracking systems. Such as, the Qatar Airways sponsored to become the launch customer for GlobalBeacon flight tracking solution. The initiative was the result of partnership between FlightAware and Aireon, and the product was deployed by the airline company across its operation system in order to comply with the ICAO GADSS surveillance. Furthermore, FlightAware had also recently announced Iceland Air as its customer for its Firehose API (Application Program Interface). The API aims to provide a secured TCP (Transmission Control Protocol) based flight status data and streaming of flight positions using a combination of global air traffic control data, Mode S Multilateration (MLAT), ADS-B and aircraft data link information. 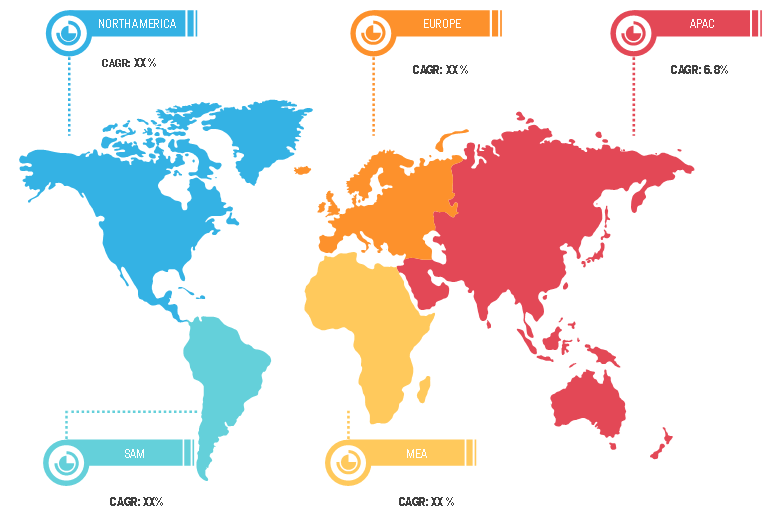 In January 2019, Aviation Communications & Surveillance Systems, LLC (ACSS) announced the delivery of 10,000th production of its NXY mode-S transponder family. This in response has resulted in directives from the EASA and FAA to mandate the implementation of ADS-B to the aircrafts. The directive was the result of capabilities provided by ACSS, which is a joint venture between Thales and L3. The company offers products that facilitate the commercial, business and military aircrafts with the capability to operate in ADS-B airspace. Having achieve the benchmark of 10,000th NXT unit the market is projected to witness new aircrafts equipped with ADS-B out by early 2020.

The Flight Tracking System Market by system has been segmented into ADS-B, FANS, ACARS, and portable flight tracking systems. Rising incidences of flights moving from the radar coverage with absence of any distress report has resulted in extensive development of the systems that offer real time fight tracking system. ADS-B is expected to be the fastest growth segment as per the analysis. Automatic Dependent Surveillance-Broadcast (ADS-B) is among the advance surveillance technology available that is used for tracking aircraft. As per the technology the aircraft defines its own position through satellite navigation and broadcasts position reports within fixed intervals.

The Flight Tracking System market is segmented on the basis of end user which consists of commercial and military organizations. The increasing count of aircraft fleet and rising middle class sensing capabilities are expected to increase the demand for new flights. The snowballing production of the aircrafts is expected to have a noteworthy impact on the flight tracking system. As per the ICAO guidelines the new aircrafts would be equipped with ADS-B which offers a substantially growth opportunity to the flight tracking system companies in the commercial sector. Whereas the military sector would have relatively low impact owing to certain unresolved issues regarding security of data of these military aircrafts. Despite, the ICAO guidelines would also impact the adoption of ADS-B systems post 2021.

In January 2019, Blue Sky Network launched RockAir tracking device in the American aviation market. SkyRouter solution would be integrated with the RockAIR which would enable full two-way communication from anywhere, in the form of texts, brief emails or social media posts.