Mine Detection System Market Forecast to 2028 - COVID-19 Impact and Global Analysis By Deployment (Vehicle Mounted and Handheld), Detection Capability (Above Surface and Underground), and End User (Defense and Homeland Security)

Impact of COVID-19 Pandemic on Mine Detection System Market

The COVID-19 crisis has adversely affected various industries worldwide, and the global economy faced a slump in 2020 and 2021. The disruptions in the supply chain of mine detection system components discontinued the production of mine detection systems during the initial months of the COVID-19 outbreak. Moreover, several military equipment contractors observed a drop in deliveries for their respective products, cancelation or rescheduling of military orders and delivery, and labor shortages that hampered their businesses. The increase in order backlogs and disruptions in the supply chain during the initial outbreak led to a decline in the revenues of the mine detection system market. However, the North America comprises the largest spending country on military technologies i.e. the US. The significant year-on-year investments toward military technologies by the US government are major reasons behind the continuous growth of military systems. Despite the COVID-19 pandemic, the US military expenditure accounted for US$ 778 billion, as per SIPRI. However, the military forces globally restarted procuring mine detection systems from the US manufacturers, which stabilized the manufacturer’s businesses. This ultimately reflected significant growth in the market in the US in 2020. Further, Canadian market players also experienced a rise in demand for their product from mid Q3 of 2020. This reflected marginal growth in the country’s mine detection system market. 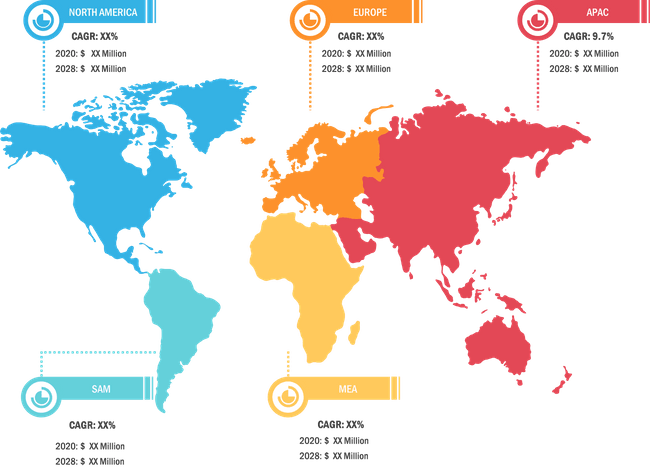 The frequency of armed conflicts between countries is increasing at an alarming rate, prompting a higher need for nation's defense forces to strengthen their security measures. A substantial portion of the budget is dedicated to procuring countermeasure technologies, including mine detection systems. These factors have influenced the procurement of mine detection systems. A few of the major contracts are as follows:

Players operating in the mine detection system market are mainly focused on the development of advanced and efficient products.