Pacemakers are battery operated medical devices that are placed in the chest or abdomen and help in regularizing the heart beats. Pacemakers are advised for medical conditions such as, bradycardia and heart block. A pacemaker is also suggested for the geriatric population, as normal aging of the heart may disrupt the normal heart rate, making it beat too slowly. Certain pacemakers also come along with sensors that detect body motion or breathing rate, and signals the pacemaker to increase heart rate during exercise to meet the body's increased need for blood and oxygen. The growth of the Pacemakers market is attributed to the increasing burden of cardiovascular diseases, neurological disorders & hearing disorders, increasing technological advancements, and large pool of geriatric population. Additionally, the future trends such as product innovations is likely to increase the growth of the pacemakers market in the forecasted period.

The Pacemakers market is expected to witness substantial growth post-pandemic. The Pacemakers market is expected to witness substantial growth post-pandemic. The COVID-19 has affected economies and industries in various countries due to lockdowns, travel bans, and business shutdowns. The COVID-19 crisis has overburdened public health systems in many countries and highlighted the strong need for sustainable investment in health systems. As the COVID-19 pandemic progresses, the healthcare industry is expected to see a drop in growth. The life sciences segment thrives due to increased demand for invitro diagnostic products and rising research and development activities worldwide. However, the medical technologies and imaging segment is witnessing drop in sales due to a smaller number of surgeries being carried out and delayed or prolonged equipment procurement. Additionally, virtual consultations by healthcare professionals are expected to become the mainstream care delivery model post-pandemic. With telehealth transforming care delivery, digital health will continue to thrive in coming years. In addition, disrupted clinical trials and the subsequent delay in drug launches is also expected to pave the way for entirely virtual trials in the future. New technologies such as mRNA is expected to emerge and shift the pharmaceutical industry and market is also expected to witness more vertical integration and joint ventures in coming years. 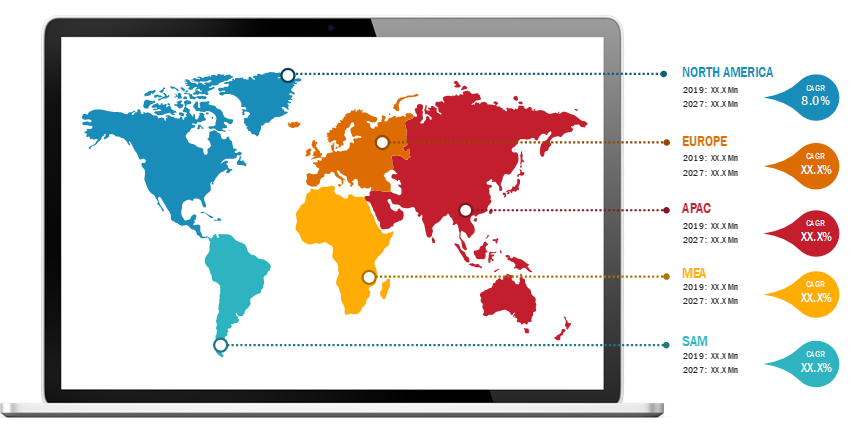 The increasing technological advancements have opened more opportunities of developing new and innovative medical implantable pacemakers with advanced electrical properties that can improve diagnosis and treatment of previously intractable conditions such as, cardiovascular diseases that includes cardiac arrhythmia, atrial fibrillation and others. A pacemaker is an electronic device designed to produce electrical impulses to stimulate the heart when normal physiological stimulation fails.

Thus, such high prevalence of cardiovascular diseases globally is anticipated to lead the market growth in the coming years.

In an aging society where chronic conditions such as cardiovascular diseases is a leading factor in the health system, technical advancements are necessary to preserve the quality of life through keeping the affordable prices. Electronic implants are playing a pioneering role that help to detect specific medical parameters. Additionally, these implants are able to take immediately autonomous therapeutic measures, combining diagnosis and treatment in a single system.

Electronic medical implant is an emerging field in the medical industry and has led to various developments of the products, in the field of cardiology, neurology and otology. Many of the market players are developing novel products in order to minimize the burden of cardiovascular diseases, neurological disorders and hearing disorders. For instance, Boston Scientific Corporation in September 2017, launched the Resonate family of Implantable Cardioverter Defibrillator (ICD) and cardiac resynchronization therapy defibrillator (CRT-D) systems. This product is powered by EnduraLife battery technology, which has double battery capacity as compared to other devices.

Thus increasing the longevity of devices and managing heart failure more efficiently. Similarly, in November 2017, Medtronic launched Azure pacemakers with BlueSync technology that increases the life of the pacemakers, thus reducing the number of device replacements.

It also enables to secure and automatic wireless data transmission to physicians. Therefore, the pacemakers market is anticipated to grow due to technological advancements and rapid product launches.

The high growth of the market is anticipated on account of the rising global geriatric population. In both males as well as females, the risk of cardiovascular diseases increases with increase in age. Increasing age makes the blood vessels less flexible and reduction in blood flow. Thus, the risk of heart disease is high in elder population. Also, according to the Heart Disease and Stroke Statistics 2018, average age at the first heart attack is 65.6 years for males and 72.0 years for females. It also mentioned that annual incidence of heart attack in the US is 720,000 new attacks and 335,000 recurrent attacks.

According to a report of United Nation (2017), there were approximately 962 million people aged 60 or over across the globe in 2017 and was projected to reach to 425 million by 2050. The number of geriatric population is expected to grow significantly in Africa followed by North America, Latin America & the Caribbean, and Asia Pacific region.

The elderly people are more likely to have diabetes than younger people, and the effect of the disease on quality of life is particularly deep in this population. With increase in the number of geriatric population, the prevalence of the cardiovascular diseases has increased. Therefore, the demand of pacemakers market are expected to increase in the forecast period. Hence, the increasing global geriatric population is likely to boost the market growth during the forecast period.

Based on application, the Pacemakers market is segmented into single, chambered, dual chambered, and bi-ventricular. In 2018, the single chambered segment held the largest share of the market, by technology. Moreover, the same segment of pacemakers market is also expected to witness growth in its demand at a fastest CAGR of 8.2% during 2019 to 2027.

In terms of end user, the Pacemakers market is segmented into hospitals, ambulatory surgical centers, and others. In 2018, the hospitals segment held the largest share of the market, by end user. In addition, the segment is also expected to grow at the fastest rate during the coming years owing to the advantages of the hospitals segments.

The Pacemakers market players are adopting the product launch and expansion strategies to cater to changing customer demands worldwide, which also allows them to maintain their brand name globally.