In the wake of technological development and focus toward a growing trend of solar PV technology, the German and Spanish governments have established robust policy frameworks such as clear national targets, attractive incentives to promote consumption, and integrated plans to boost technological development and PV technology adoption in solar energy and drives the photovoltaic market growth. In APAC, several initiatives have been taken by governments to minimize the cost of the overall set-up to maximize the far-reaching beneﬁts of an oﬀ-grid option in rural electriﬁcation, along with uplifting the focus toward sustainable environmental conditions. Moreover, several countries, such as China, have established policies to enhance the production level of photovoltaic solar power energy. Thus, above-mentioned factors are contributing toward the growth of the photovoltaic market.

Photovoltaic (PV) energy is growing at a rapid pace by contributing a significant part in the energy balance of the economy’s power systems. These systems have established to be a mature technology utilized for mainstream electricity generation and drive the photovoltaic market growth. However, solar-powered PV systems generate electricity in excess. Power providers across the world provide net metering, which is defined as an arrangement where the excess electricity produced by grid-connected renewable energy systems returns to the electricity meter. This avoids wastage and improves energy distribution as and when needed. PV systems using grid technology account for about 99% of the installed capacity in comparison with standalone systems, which require batteries. Battery-less grid-connected PV is considered to be a cost-effective solution and needs less maintenance which increases the adoption of PV-based products and thus drives the photovoltaic market share.

Moreover, for people switching over to solar panels, grid PV systems are considered to be a cost-effective option to meet their entire electrical needs. Also, the installation of standalone systems is quite a tedious task and requires more capital and space than that of PV grid systems. Thus, the rise in the adoption of PV-grid system will further drive the photovoltaic market growth. Further, with increasing focus toward the use of renewable energy along with a trend toward energy conservation, grid-connected PV systems prove to be an economically viable option. However, its applicability is quite limited at the moment and might increase in the forthcoming years. 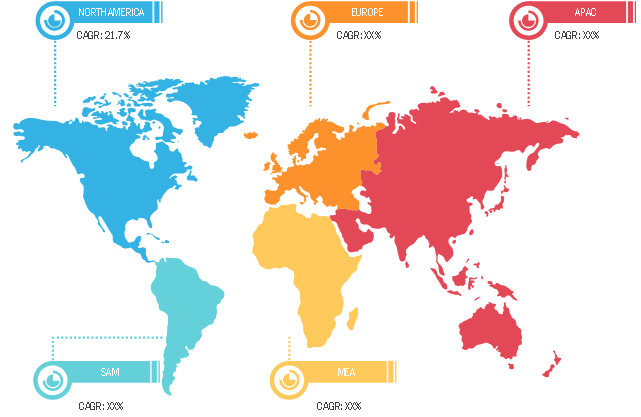 Increasing Use of Photovoltaic Paints for Tapping Solar Energy

The volatility in the prices of crude oil, environmental concerns related to hydropower, and risk associated with nuclear radiation have shifted the burden of meeting energy demands on solar energy. The advancements in technology, focus on the reduction of installation costs, and rapid utilization of photovoltaic technology in residential applications are among the factors that are redefining the use of photovoltaic technology. In the era of increased usage of solar energy, the introduction of solar paints has become a remarkable achievement. Solar paints, or popularly known as photovoltaic paints, can be applied to any surface to trap energy from the sun and convert it into electricity. The components of the paint are combined with billions of pieces of light-sensitive material suspended in it, which could help in transforming a typical paint into super-powered energy-capturing paint. The use of photovoltaic paint can effectively lower down the dependency on metal and a combination p-n junction diode principle/thermoelectric effect to produce electrical energy from solar exposure. Thus, this will lead to a rise in the adoption of solar energy and eventually propel the photovoltaic market growth. Companies such as Onyx Solar Group LLC are aiming toward the development of technology by focusing on R&D activities and collaborating with the institutes to develop photovoltaic paint and thus drive the photovoltaic market growth. Although solar paints or photovoltaic paint technology are currently at the stage of infancy, it is likely to gain traction in the near future. With the progression and advancement of the solar industry, solar paint has an excellent opportunity to become a reasonable option. Thus, above-mentioned factors are creating an opportunity for the photovoltaic market.

Photovoltaic cells consist of two or more thin layers of semi-conducting material. The most commonly used material in the photovoltaic cell is silicon. The semiconductor cells are exposed to light to generate electrical charges, and this can be conducted by metal contacts as direct current (DC) and thus increasing adoption of PV cells will rise the global photovoltaic market size in the forecast period. 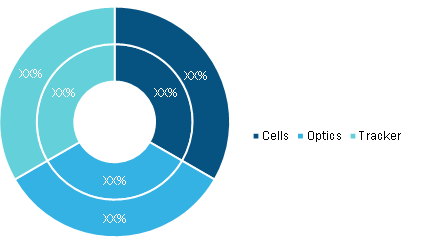 By Type, which was the leading segment to hold the largest share in the market and by what CAGR?
The leading type of photovoltaic type is inorganic components that has noted to account a CAGR of 22.3%. Organic components or solar cells are made of thin films of organic semiconducting materials so as to convert solar energy into electrical energy. A typical organic components device consists of one or more photoactive materials between two electrodes. A primary advantage of organic components technology over inorganic components is its ability to be applied in a large area and flexible solar modules.
Which was the region to account the largest share for the Photovoltaic market?
The Asia Pacific region led the photovoltaic market with a market share of 52.13%in 2018. Solar energy has brought significant changes to energy usage pattern, from being an alternative source of energy to becoming a primary source of energy for power generation. It is quite evitable with the growing research and development activities focused on the increased production of solar energy, coupled with positive government initiatives and decreasing costs of photovoltaic equipment, in the Asian countries. Further, the diversification in the use of solar energy generation techniques by harnessing various technologies such as PV cell, thermal heating, and concentrated solar power technology is also leading to the growth of this industry.
What is the major driving factor to favor the 3D sensor market all over the globe?
Renewable energy is regarded as a clean form of energy obtained from natural sources, which can be continuously replenished. Energy derived from renewable sources such as sunlight, wind, tides, and geothermal heat are sustainable and cost-effective. With the increase in population coupled with a rise in industrialization and economic development, the energy requirements have grown consistently, which is posing a burden upon natural resources. For instance, in the US, about 29% of global warming emissions are contributed to the electricity sector. Such emissions are resulted from the utilization of fossil fuels such as coal and natural gas. Over-exploitation and depletion of natural resources along with environmental degradation have led to a shift over renewable forms of energy. The demand for electricity is associated with social and economic development that generates a requirement to shift to renewables in order to tackle climate change and promote sustainability of the environment while meeting energy demands of future generations. Renewable forms of energy generate little or no global warming emissions.