Wheels and brakes are among the most important components of aircraft fleets. The wheels provide structural support to the entire aircraft body and confer strength to the tires. The brakes play a vital role in the landing of aircraft as they control wheel speed as well as gradually restrict the motion of aircraft, eventually providing a stable landing. Over the last several years, aircraft and aircraft component manufacturers are emphasizing on lowering the weight of aircraft wheels, as a part of their efforts for reducing aircraft fuel consumption. The lightweight aircraft wheels are extensively used in commercial as well as defense aircraft to attain the lowest possible operational costs by increasing fuel efficiency. Also, the modern-day aircraft wheels are designed and manufactured in such a manner that they should be compatible with multiple disc brake variants.

Impact of COVID-19 Pandemic on Aircraft Wheels and Brakes Market

The COVID-19 outbreak has adversely affected the world and is continuing to shatter several countries. Until the outbreak, the aerospace industry was experiencing substantial growth in terms of production, despite huge backlogs from the aircraft manufacturers. Also, the global aviation industry was witnessing a significant rise in the number of passengers count and increase in aircraft procurement. Unfortunately, the COVID-19 outbreak have decimated the demand for aircraft globally, which reduced the volumes of orders among the aircraft manufacturers, which resulted in a lower number of productions. The decline in production volumes hindered the businesses of various component manufacturers and associated technologies. Thus, the aircraft wheels and brakes market players' businesses have been severely affected by destabilization in aircraft production. 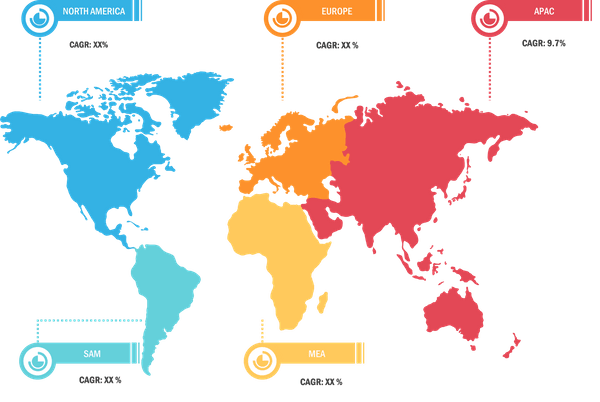 The aircraft manufacturing industry has been reliant on steel-based brakes over the decades; however, in the recent years, the industry players have extensively shifted their focus toward carbon brakes. This is mainly attributed to the low weight and greater durability of carbon. The lighter weight of carbon brakes helps manufacturers in keeping the weight of aircraft models lower than those with traditional brakes; the lightweight aircraft fleets operate with greater fuel efficiency and lowered CO2 emissions. Aircraft weight and CO2 emissions are the two critical parameters of focus in the aircraft manufacturing industry. Moreover, carbon brakes facilitate cost-saving as the sturdier nature of carbon offers brakes additional strength along with an ability to operate in adverse environments. Further, carbon brakes require lesser maintenance as they can handle ~2,000 landings on average. Hence, carbon brakes are being used extensively in modern aircraft models to reduce overall operational costs, including brakes maintenance, repairing, and overhaul (MRO) costs. Carbon brakes are compatible with all modern commercial and military aircraft models, which enable the retrofitting of carbon brakes with ease. Hence, these brakes find applications in the MRO activities of older aircraft fleets, which require maintenance. Thus, the escalating adoption of carbon brakes into commercial and military aircraft is fueling the aircraft wheels and brakes market growth.

Military expenditure is increasing by governments across the world to upgrade their air forces. For instance, in August 2020, Taiwan signed a US$ 62 billion deal to purchase 66 F-16 fighter jets from Lockheed Martin, an aircraft manufacturer in the US. Similarly, in May 2021, the Egypt government ordered 30 Rafael jets from Dassault Aviation, France. Furthermore, in 2019, the total production of military aircraft was around ~630. On the other hand, the production number reduced to around ~220 military aircraft in 2020 due to the COVID-19 outbreak, which has severely disrupted the supply chain of aircraft components and caused a slowdown in the production of military aircraft. However, the growing procurement of fighter jets by various countries’ governments worldwide is expected to bolster the growth of the aircraft wheels and brakes market for the defense segment in the coming years. 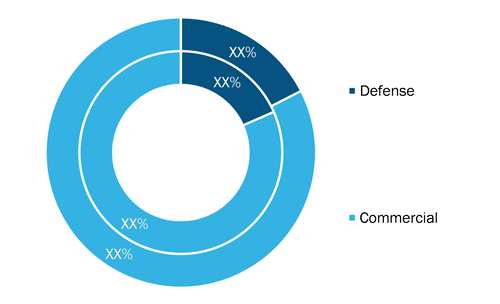 Players operating in the aircraft wheels and brakes market adopt strategies such as mergers, acquisitions, and market initiatives to maintain their positions in the market. A few developments by key players are listed below:

The global aircraft wheels and brakes Market has been segmented as follows:

The List of Companies - Aircraft Wheels and Brakes Market