﻿ Augmented Reality and Virtual Reality Market to Reach US$ 130.01 Billion at CAGR of 41.2% by 2025 | The Insight Partners
This site uses cookies. To learn more, please visit our Privacy Policy. By continuing to surf on our website, you consent to our use of cookies Close [X]
Technology, Media and Telecommunications Augmented Reality and Virtual Reali...

Since past decade, computer technology has been diversified into many innovative verticals. This has changed the way of thinking, interacting and decision making of every individual. The recent advancements such as IoT, cloud computing, 3D printing, automation, advanced communication systems, artificial intelligence, Big Data, AR and VR and many others are the driving factors influencing the change in dynamics from living to running a business. AR technology blends the virtual and real world objects, with AR users will be able to interact with virtual object and also will be able to distinguish between the real and virtual contents. AR has found more success within short period of time, this technology has been more adopted in consumer sector and is expected to surpass the VR market in near future. In 90`s, VR was trending technology which many companies tried and could not make the best use of it. Nitendo was one of the notable devices early 90`s which could not sustain in market even for a year. VR technology will allow users to experience set of objects virtually and users will not be able to make difference between the virtual and real objects at any instant. VR is usually achieved by the wearing of a VR helmet or goggles but will not be able to view both virtual and real content simultaneously. The South America augmented reality and virtual reality market region is expected to witness a CAGR growth rate of 34.2% in the coming years. 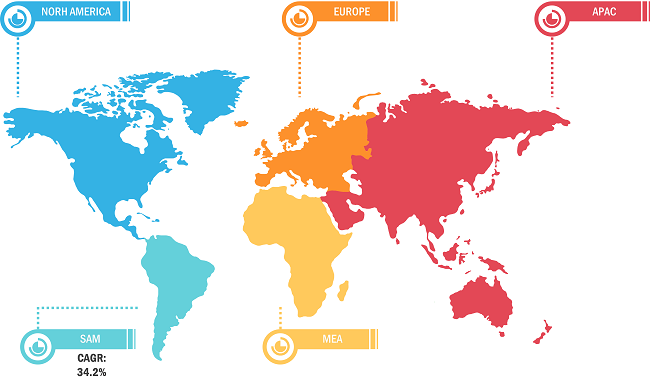 Smart phones are the must have digital devices today, they have changed the way we communicate, travel, design, run business, and many more. In recent years smartphones revolutionized the world, and still the ongoing R&Ds to launch advanced features, improved and more customer centric and enterprise level applications holds the market for years to go. AR and VR are the technologies which immerse the user into virtual world and allows to interact with the virtual objects being in real environment. Augmented reality is not device dependent for an extent, and this technology can reach out to users through their smartphones and tablets through developed applications. Smartphone and tablets manufacturers are integrating more of these AR applications to increase the user experience and with growing smartphone market, AR integrations are expected to take a leap in near future. Subsequently, driving the growth for augmented reality and virtual reality market in the coming years.

AR and VR were in the talks of investments in 2015, giant companies such as Facebook, Microsoft, Google and others having invested in this market are skeptical of the outcome till today. The slow growth in the adoption of this technology clearly shows 2016 offers huge opportunity for this market to grow further. The new interface of communication offered by AR and VR technology will overtake the markets of existing interfaces in activities such as shopping, education, browsing internet, live shows and many others. Higher adoption rate is found in regions such as North America, Europe and followed by APAC and others. The early adopting industries include healthcare, defense, designing or architecture, logistics, manufacturing, and services. Some of the key opportunities include. One of the future driving applications is labor training. AR is expected to play a vital role in training and developments of new recruits, it renders more flexibility to understand the operations of machineries, systems and other utilities. Thus, the growing scope of application of AR and VR application across different industry vertical is expected to provide numerous profitable opportunities for the augmented reality and virtual reality market players in the coming years.

In the global augmented reality and virtual reality market for the virtual reality technology segment, VR is computer simulated 3D image or environment that can interact with a physical object with aid of unique electronic equipment which might include a head-mounted displays or gloves attached with sensors. VR requires presenting human senses with aid of computer generated virtual environment that is further explored in some fashion. VR technology has been into existence from past three decades and the developments in this technology have accelerated recently from last one decade. Some of the key application of VR include gaming, education, healthcare, entertainment, sports and many others. Currently gaming application holds the major share out of overall VR use cases, going ahead the advancements in the devices and accuracy in the applications will pave the path for new applications resulting the penetration of VR in various other industries. Thus, the virtual reality technology for augmented reality and virtual reality market is projected to provide numerous lucrative business opportunities for the market players in the forecast period.

The education end-user industry in the global augmented reality and virtual reality market  continue to dominate the global augmented reality and virtual reality market in terms of revenue. AR and VR has changed the way of learning things, right from school to higher education applications of AR and VR are observed, this will create a new dimension of learning. It is always experienced that reading and writing may not suffice the understanding on any given topics, while the interaction or live demo with physical objects facilitates the student or the user to have detailed understanding. Companies such as Google, Microsoft, and others are investing more in R&D to render the AR and VR techniques to huge crowd which will create an exciting learning platform. Disney is another giant in animation world which has plans to enter the arena of AR and VR to produce AR books to offer new learning experiences for kids. Another company EON Reality offers EON Creator, a solution which teachers can use to create learning environments. Through this tool which allows them to combine 3D content with videos, sound effects, annotations, Wikipedia, PowerPoint, YouTube, and more. The global education end-user industry market is expected to grow at a CAGR of 38.0% during the forecast period. 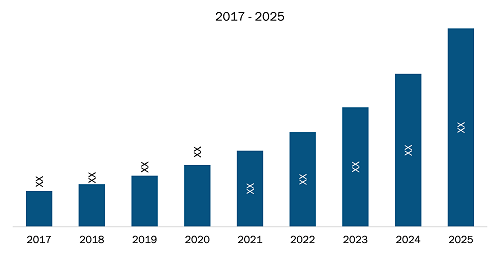 2016: Augmented Pixels announced about their R&D for manual operations of the drones based on SLM SDK. This research mainly focus on increasing the accurateness of co-piloting and reducing the uncertainty of crashing because of clarity and intuitive interface.

2015: the company Augmented Pixels launched an app for 4D Cityscape and National Geographic named as 4DCityscape National Geographic Ancient Civilizations which will advance human interaction with puzzles. This App was based on the augmented reality technology to enhance the education and gaming experiences.