The capnography equipment market  comprises major competitive players adopting strategies such as product launches, geographic expansion, and technological advancements. A few recent developments in the market are listed below:

The active participation of market players in product innovation and development, and an increase in approvals of products are fueling the growth of the capnography equipment market.

In 2010, the International Consensus on Cardiopulmonary Resuscitation and Emergency Cardiovascular Care Science and the American Heart Association (AHA) restructured their guidelines for Adult and Pediatric Advanced Life Support to include recommendations for capnography used during critical events. The new guidelines indorsed the routine use of quantitative waveform capnography for both intubation and during CPR. In the US, the process of proving the medical safety of a device takes ~3–7 years of a manufacturer. Per the law in the country, even if there is a slight change in the size of a previously approved device, the modified product needs to go through the entire process of approval before commercialization. Nevertheless, the FDA approval process for simple capnography equipment is easier than that of complex capnography equipment. The complex capnography equipment needs to comply with various FDA requirements, which act as a hurdle for the approval of capnography equipment on a large scale. The FDA usually evaluates all medical devices for safety and effectiveness, and conducts appropriate assessments to determine the risk-to-benefit ratio. However, in some cases, the body may require manufacturers to provide additional data, depending on the complexity of the device. The current FDA regulations consider capnography equipment in the category of traditionally manufactured medical products for their approval. Thus, variations and lack of standardization in regulations are hampering the growth of the capnography equipment market.

Asia Pacific is expected to register the highest CAGR in the capnography equipment market during the forecast period. High demand for CO2 measurement instruments, increasing prevalence of respiratory diseases, and rising investments in R&D by major market players are among the factors augmenting the growth of the Asia Pacific capnography equipment market. According to the research data published in the Journal of Thoracic Diseases in China, COPD is progressively becoming a cause of public health concern, and it ranks first among the causes of disability. In 2018, the overall prevalence rate of COPD in China was 8.2%, and the mortality rate because of the disease was ~1.6%. COPD is stated to be the fourth leading cause of death in rural areas, with a prevalence rate of 4.4–16.7%. Thus, the growing prevalence of COPD is fueling the growth of capnography market in China. According to Statista, Chinese hospitals led more than 66 million inpatient surgical operations in 2020. The number varied considerably among regions. Health institutions in the southern province of Guangdong conducted more than 8 million operations in the year, while the western province of Qinghai led less than 200,000. The upsurge in the number of surgeries carried out in China is contributing to the growth of the capnography equipment market in APAC.

In India, the market for capnography equipment is rising owing to the growing prevalence of respiratory diseases. For instance, in 2018, according to an article published by DownToEarth, at least 1 in 10 asthma patients present globally lives in India, and the country records ~1.5–2 crore asthma patients. The Indian Study on Epidemiology of Asthma, Respiratory Symptoms and Chronic Bronchitis in Adults (INSEARCH) estimated the national burden of asthma at 17.23 million with an overall prevalence of 2.05%. The recent Global Burden of Disease estimated the total burden of asthma in India as 34.3 million, accounting for 13.09% of the global burden. It also attributed 13.2 thousand deaths in India were due to asthma. Overall, India has three times higher mortality and more than two times higher DALYs compared to the global proportion of asthma burden. The prevalence of asthma due to changing environmental conditions is fueling the growth of the capnography equipment market in India.

Thus, the growing elderly population, prevalence of respiratory diseases, and increase in the number of surgeries are expected to boost the capnography equipment market during the forecast period. 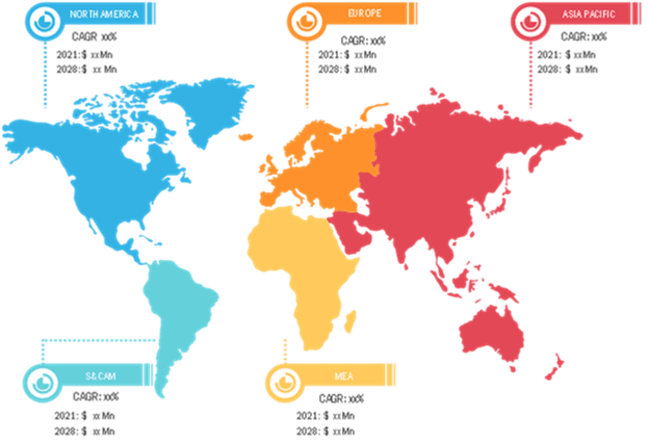 Companies operating in the capnography equipment market adopt the product innovation strategy to meet the evolving customer demands worldwide, which also allows them to maintain their brand name in the market.