The use of high-density mounting resistors in a variety of applications is expected to accelerate, as the practice of greater performance in a smaller space has become important. The resistors of 01005-inch sizes (0.0160.08 inch) are currently utilized in smartphones and wearable devices. Fillet less mounting—which provides fine-pitch mounting—and via-in-pad—in which holes are created on the component pad to eliminate patterns on the surface layer—have both enhanced mounting density in various applications. To meet the need, companies are creating high-density mounted resistors. For instance, KOA Corporation provides KOA's thick film type low resistance resistors: UR73, UR73V, SR73, WK73S, and WU73, which have resistance values ranging from 10 m to 10 m and TCR of 75 x10-6/K. Metal plate chip low resistance resistors with extremely low parasitic inductance and high accuracy current sensing are made available from various companies. In addition, resistor reduction is nearing its limit, and modularization is likely to expand across all types of equipment in the future.

The COVID-19 outbreak has severely disrupted the supply chain and manufacturing of passive components, including the hardware component of current sampling resistances. The emergence of COVID-19 virus across the globe, followed by lockdown scenarios, has led the semiconductor industry experts to analyze that the industry would face at least a quarter of lag in the electronic equipment supply chain. This disruption is expected to create tremors through till mid-2021. The electronic equipment and semiconductor industry is likely to pick up pace soon after the governments across the globe lift the various containment measures steadily in order to revive the economy. The production of the passive components in the semiconductor industry is anticipated to gain pace from 2022, which is further foreseen to positively influence the electronic and semiconductor manufacturing, including hardware components of current sampling resistors. 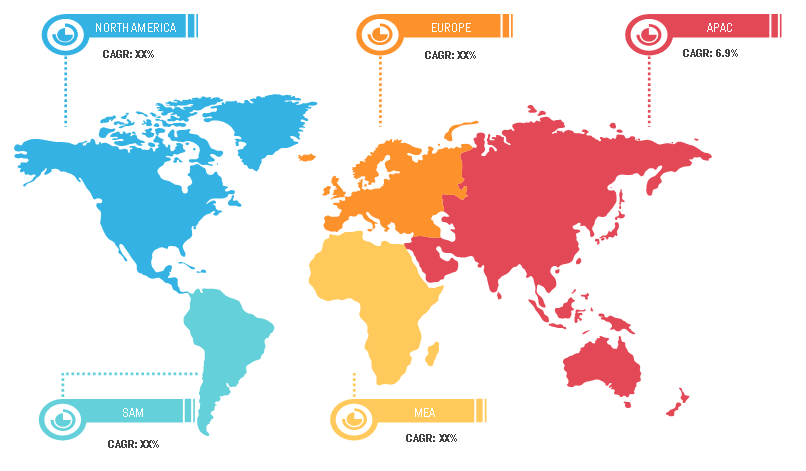 There is an increase in the adoption of electric vehicles as a result of a combination of legislative support, battery technology and cost advancements, charging infrastructure, and new attractive models from automakers. Electrification is expanding to new areas of road transportation, paving the way for major changes in the near future. After a decade of fast expansion, the worldwide electric car stock reached ten million units in 2020, a 43% increase over 2019 and a 1% stock share. In 2020, two-third of new electric car registrations and two-thirds of the stock were battery electric vehicles (BEVs). As current sampling resistors are used in various functions such as body areas & cabin controls, lighting supplies, and engine management & ignition systems, the automotive manufacturers have paved the way for electronic component vendors as a result of the increasing adoption of electric vehicles across the world. Companies are developing customized resistors for automotive applications in response to the rising demand. For example, Viking Tech Corporation produces thin-film resistors that are excellent for automotive applications including engine management, headlight control, and acceleration skid control. Hence, with the promising future of electric cars, the demand for current detecting resistors is projected to increase during the forecast period. 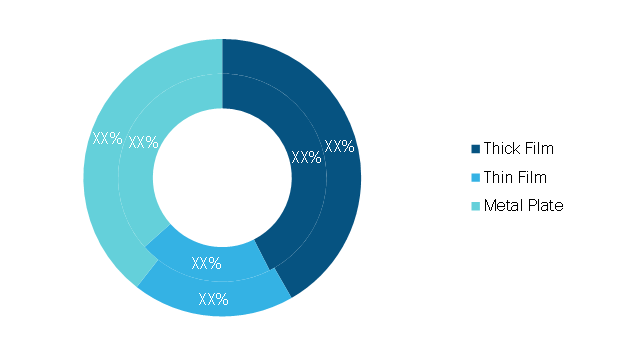 Based on application, the current sampling resistance market can be segmented into consumer devices, industrial, telecommunication, automotive, and other applications. In 2020, the industrial segment accounted for the largest market share.

The players operating in the current sampling resistance market adopt strategies such as mergers, acquisitions, and market initiatives to maintain their positions in the market. A few developments by key players are listed below:

The global current sampling resistance market has been segmented as mentioned below:

What are reasons behind Current Sampling Resistance market growth?
The growth in work-from-home culture is anticipated to help the rise in demand for goods that improve personal convenience at home. Rural demand may surpass the demand from urban markets because of rising rural wages and government programs connected to rural electrification. As a result of the increased consumer electronics manufacturing, demand for electronics components such as resistors and capacitors are also projected to increase, as resistors are one of the most fundamental components in any electrical or electronic circuit.
What are market opportunities for Current Sampling Resistance?
The use of the Internet of Things (IoT) is constantly rising. According to the New Eclipse Foundation's IoT Commercial Adoption report, over 40% of industry executives indicate their businesses are adopting IoT solutions now, while another 22% say they expect to use IoT in the next two years. Furthermore, the poll found that IoT expenditure will rise, with 40% of companies expected to spend more on IoT solutions between 2020 and 2021. Further, government agencies are launching projects to make use of IoT technology. Components are critical because they allow IoT products and applications to gather, analyze, and send real-world signals and data. The adoption of IoT creates favorable possibilities for component manufacturers, as well as indicating that component sale to expand exponentially in the upcoming years.
Which type is expected to dominate the market in the forecast period?
Thick film resistors are expected to dominate the market over the forecast period. Thick film resistors are made by coating a substrate with a resistive film or paste made of glass and conductive components. High resistance values can be printed completely or in different patterns on a cylindrical or flat substrate using the thick film technique. They can also be printed in a serpentine pattern to reduce inductance, which is ideal for applications with consistent frequencies. Nowadays, general-purpose thick film chip resistors are widely used component in electronic and electrical equipment (RMCF series). As a result, they are the most affordable and widely available resistor technology. Thick film resistors are ideal for general-purpose applications that do not need a low TCR or tight tolerance. For instance, KOA Speer Electronics, Inc. and Panasonic Corporation provide a unique line of thick film current resistors.