Growth in the recent five years is primarily driven by two major factors, such as need for a safe and efficient fire protection system inside buildings owing to increasing urbanization, and necessity to adhere to the stringent fire compliances and regulations.

Necessity to adhere to the stringent fire compliances and regulations

Majority of the advanced and developing economies have laid down stringent fire regulations regarding the construction of new buildings in order to ensure safety for occupants. Countries such as North America, Australia, Canada, Mexico, UK, Germany, Spain, Italy and India have laid down stringent regulations. Also, the concerned authorities have laid down heavy punishments in case of violence of the codes. Virtually every building, process, service, design, and installation is affected by NFPA’s codes and standards. These codes and standards, reflect changing industry needs and evolving technologies, supported by research and development, and practical experience. The laying of such rules and regulations have been driving the adoptions of fire protection system market globally. 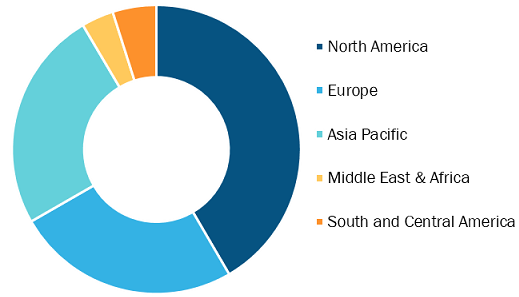 2018:The Southern Branch of National Palace Museum, situated in (Taiwan), installed Honeywell’s Notifier fire alarm system, to provide integrate system integration with in minimum operational costs and facilitates customization as per the museum’s future needs. Notifier system is paired with another system to help in evacuations by giving signal through a different sound.
2018:Siemens AG is working with Skanska Walsh under a joint venture to install Siemens Intelligent Infrastructure Solution into the new central terminal complex at LaGuardia International Airport (US). The intelligent solution comprises of fire and life safety system and integrated building automation.
2018:Viking announced the plans for new R&D centers and headquarter in Caledonia Township, West Michigan. This expansion will create high-tech training skill for supporting the organization’s aim for maintaining its position as a leader in fire protection services.

The report segments the global fire protection system market are as follows: