APAC is estimated to register an impressive CAGR during 2020–2027 in the helical antenna market. The region includes various developing economies, such as China, India, and several Southeastern countries, along with developed economies such as Japan and South Korea. Further, APAC is characterized by the presence of vast industrialization, rising disposable income, and a large young population that are at the forefront, when it comes to the adoption of new technology. The APAC is projected to create the highest growth opportunities owing to a major push by governments and corporates toward digitization and increasing penetration of internet and connected devices. Meanwhile, government initiatives across AsiaPacific toward the development of smart cities in China, India, Japan, South Korea, Singapore, and others is among another factor which is expected to create huge opportunities for the helical antenna market players. Also, Middle East & Africa, and South America are also projected to experience growth in helical antenna market owing to government initiatives toward the adoption of digital technologies.

With an estimated installed base of more than 1.3 billion gas and electricity metering units, Asia-Pacific constitutes the world's largest and fastest-growing smart metering industry. The region's annual electricity meter demand is 110–200 million units, with China accounting for ~70% of the volume. In terms of smart metering deployments, the AsiaPacific is highly fragmented, and regional markets can be divided into three general groups. The first wave deployments of smart electricity meters have been completed by two countries: China and New Zealand. Second wave deployments are already underway in China and are soon to commence in New Zealand. These factors are anticipated to boost helical antenna market.

The antenna manufacturing industry is heavily dependent on manual labor. In the wake of strong lockdown regulations imposed by the majority of the countries across the world, the antenna equipment manufacturing sector is experiencing a lower number of labors in respective manufacturing facilities. However, several governments are deprioritizing antenna spending, owing to the emergence of pandemic; instead, a majority of the governments are focusing on investing toward combatting the spread of virus. This factor is also anticipated to weaken the production of various antenna equipment during 2020, thereby hindering the growth of helical antenna market. 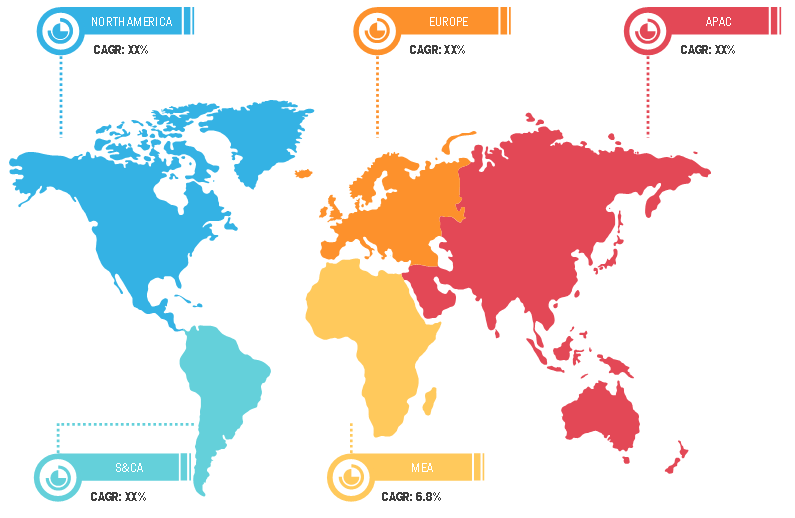 Helical antennas are conventionally used for radio in automobile, but with the automotive industry inclining toward autonomous vehicles, these antennas are finding new applications in automobile. For instance, Helix technologies Ltd. a British developer of high performance helix antenna, raised around US$ 800,000to increase the development of helical antenna, which has wide application in autonomous vehicle, drones, IoT, and machine-to-machine communication. 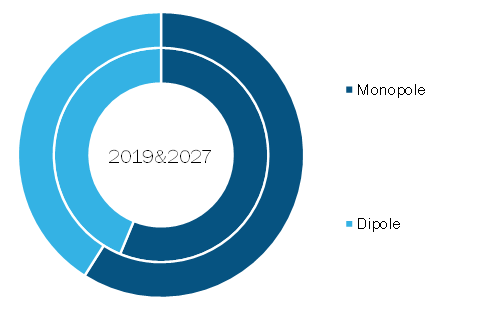 2020:Taoglas, collaborated with Arrow Electronics. This collaboration have new worldwide distribution agreement focused on AI and IoT products and services.
2019:COMSOL Inc. declared that the MTC has joined the rank of its global list of Certified Consultants. With a COMSOL Certified Consultant, MTC expanded into industries such as automotive, aerospace, food, electronics, and construction that need to incorporate multiphysics simulation in their research and development, manufacturing, and production to boost their competitiveness, reduce costs and time to market.
2019:Yageo Corporation ("Yageo"), declared the acquisition of 100% of shares in Pulse Electronics in May 2018. Yageo's strong customer relationships and well established presence in Greater China, Pulse extended its sales coverage and strengthen its customer services.

Companies Profiled in Helical Antenna Market are as Follows:

Which region led the helical antenna market in 2019?
Europe's helical antenna market is further segmented into Germany, France, Italy, the UK, Russia, and the rest of Europe. In Europe, various communication solutions play an integral role in multiple industries such as energy and power, oil & gas, and water utilities. With the increasing adoption of technology-based solutions among businesses, the demand for advanced extra-terrestrial communications solutions is growing in Europe. Further, the growth in offshore drilling activities is opportunistic for market growth in Europe. It is projected that the offshore developments would bring over 84% of the region's new gas production and approximately 97% of new oil production.
What are the factors behind the growth of helical antenna market?
Owing to the helical antennaâ€™s wide bandwidth and very high operational frequency range, these antennas are widely used for space communication. With the rising need for better communication and broadcasting channels, the world is witnessing huge growth in the deployment of space satellites for both commercial as well as defense purpose. With governments as well as corporates investing heavily for space exploration, the helical antenna market players are experiencing huge demand. According to Morgan Stanley, the global space exploration industry is expected to reach $1 trillion by 2040. Companies like SpaceX, Amazon, Boeing, Virgin Group, Northrop Grumman, Lockheed Martin, and many others are heavily investing in setting up infrastructure around the earthâ€™s orbit in order to have a competitive advantage and significant market share in the global space industry. With the rising investment for space exploration for scientific research as well as commercial purpose is projected to bolster the growth of helical antenna market. Meanwhile, increasing demand for satellite communication devices is among other factors that fuelling the growth of the helical antenna market.
Which product type is likely to hold the major share of the global helical antenna market?
Monopole antennas comprise a group of derivatives of dipole antennas, where merely half of the dipole antenna is required for the operation. A metal ground is used, with regard to which the excitation voltage is utilized to the half structure. Further, the half structure for a regular dipole antenna is a monopole antenna. The occurrence of the ground plane enables the monopole antenna to function as an electrically equivalent to a dipole antenna. Companies are adopting market strategies to offer innovative and efficient monopole helical antenna, which helps them stay ahead in the global market. For instance, Maxtena, a US-based company, has designed an efficient multi-band antenna, which amalgamates Helicore technology with a monopole-type UHF antenna in a single form factor.