The military tank container market is broadly segmented into five major regions—North America, Europe, APAC, MEA, and SAM. The most prominent region in the current market scenario stands for North America owing to the rapid deployment of troops by the US defense forces. The US Department of Defense (DoD) is constantly posting its troops in countries such as Afghanistan, Syria, Iraq, South Korea, Kuwait and Italy among others in order to deter different threats and maintain sustainable atmosphere. The deployment of large numbers of troops across the globe has led the country to invest significant amounts in the development as well procurement of military tank containers to transport essential commodities to the isolated troops. In addition, Canada on the other hand is also strengthening its logistic facility with these tank containers as the Canadian army is also deploying forces for peace keeping mission. The market for military tank containers is foreseen to witness an expeditionary growth in Asia Pacific region, pertaining to the huge demand for such containerization among defense forces especially Chinese, South Korean and Indian army. The rise in terrorist attacks and other political and warring activities in the above mentioned countries is leading the defense forces to deploy troops along the borders as well as in remote locations. The increasing number of troop deployment from these countries is anticipated to be reason behind the growth of military tank containers market in Asia Pacific region during the forecast period. 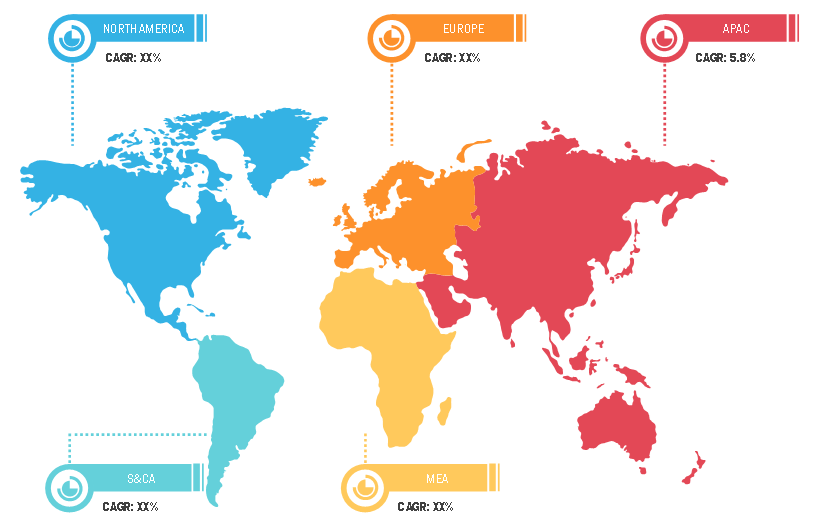 The US is the most powerful nation in the world in terms of the army troop deployments globally. According to US DoD, in 2016 the country spent close to US$ 596 Bn on defense and other related activities. In a recent development proposed by the US Government, there was an announcement of 10% increase in the budget for expenditure on the army troops for the DoD. The expenditure by the country on defense related activities is such that it is more than the next seven countries combined expenditures. Accordingly, the country has deployed approximately 2 lakh troops globally in close to 177 countries of the world. Out of the entire defense budget close to 35% of the share is allocated for the territorial military troops. Domestically, 1.1 Mn active troops are stationed while the rest have been deployed in countries like Afghanistan, Syria, Iraq, Germany, Egypt, South Korea, Kuwait and Italy. The tense political situation in the Middle East has resulted in the larger troops of the army being deployed in those countries for longer times. The troops are usually deployed at strategic locations in such cases to gain competitive advantage and these locations usually face water scarcity. The demand for optimal supply of water and fuel at such locations for efficient operations has been growing and thereby driving the demands for military tank containers.

Based on type, the dry container segment dominated the global military tank container market in 2017. The advantages of an ISO dry tank container are reliability, cost-effectiveness and the safety measure achieved in transportation of bulk liquid to the remotest and inaccessible locations. As these tank containers are designed to meet specific standards and are therefore able to withstand extreme pressure and rough climatic conditions.

Based on material, the stainless steel segment dominated the global military tank container market in 2017. Stainless steel tank containers are durable and low maintenance products that can last for a long period of time once manufactured and put to repeated use. Moreover, the hygienic properties of stainless steel make it an ideal choice for transportation of water, perishable food products and pharmaceuticals.

Based on supplies, the fuel segment held the largest share in global military tank container market in 2017. The advantages of an ISO dry tank container are reliability, cost-effectiveness and the safety measure achieved in transportation of bulk liquid to the remotest and inaccessible locations. As these tank containers are designed to meet specific standards and are therefore able to withstand extreme pressure and rough climatic conditions.

Based on end user, the homeland security segment held the largest share in global military tank container market in 2017. As a large number of personnel are deployed for peacekeeping missions, the frequency of usage of military tank containers for provisioning water, fuel, gases and food products and pharmaceuticals is also high that would be driving the demands by this end-user during the forecast period.

The global military tank container market has been segmented as follows: