Over a period, the development in ICT industry has brought out several new potentials of the wireless routers that were merely being used under its capabilities earlier. This was mainly because companies providing wireless router devices and services had limited their approach to delivering better Wi-Fi. However, in near future, its hardware components are anticipated to cater to wider ambitions. With the advent of companies like Plume, Starry, and Eero, along with the well-known brands in the industry including Netgear and Google, the wireless routers are anticipated to undergo a transformation through superior coverage, simplified setup, stringent security and attractive designs. In the coming years, the new generation of a wireless router would be fulfilling the demand of fastest wireless signals by covering a section of an area with constantly high – quality Wi-Fi. This would be done by the distribution of wireless router points in different location, which in coming years would be called as Wi-Fi mesh system. In May 2017 Google, Inc. proposed its wireless router Google Wi-Fi with similar capabilities. Also, various other startups like Plume and Eero are working on the similar perspective of the wireless router. According to Plume, a network of wireless pods would act as a gateway to a larger array of smart home services. Incoming years the company is also planning to come up with its own sensors to comply with its wireless router devices. The mesh router system and Router as a Platform (RaaP) are the two key future trends foreseen for the global wireless router market. Furthermore, rising advent of smart ecosystem and increasing demand for high-speed mobile broadband connection is projected to drive the market growth for wireless router during the forecast period. However, challenges increasing threat of security breaches may adversely impact the market in near future. The factors such as emergence of mesh-router system is one of the major trend prevailing in the market.

North America dominated the Wireless Router market in 2017, the Wireless Router market is experiencing staggering growth that is attributed to numerous factors. North America pioneers the world in a smartphone and 4G adoption and it is forecasted to jump to 5G network & services in no time. The regions ability to stay at par with its other competitive regions (Europe and APAC) is mainly attributed to the successful & large-scale rollouts of 4G across Canada and U.S, and simultaneously increasing the market for smartphones with 4G capabilities. In the coming 2 years, the penetration of mobile subscribers is extrapolated to be 84%, with several people owning more than one connected devices. Further, the ravenous appetite for online data in the region is anticipated to continue its growth over the coming years generating humongous mobile broadband traffic. This increase in mobile broadband traffic is one of the most influential factors impacting the growth of wireless routers in North American as the service providers promote WLAN connectivity in order to offload mobile internet traffic. Furthermore, the telecommunications ecosystem in North America anticipates IoT to be a vital influencer for future growth. The tech giants across the globe are intrigued by the in-depth penetration of smartphones and internet infrastructure here, and therefore have been heavily investing in IoT based trends like connected cars and smart homes. The growth in these trends would be key influencers for the adoption of wireless routers in North America. 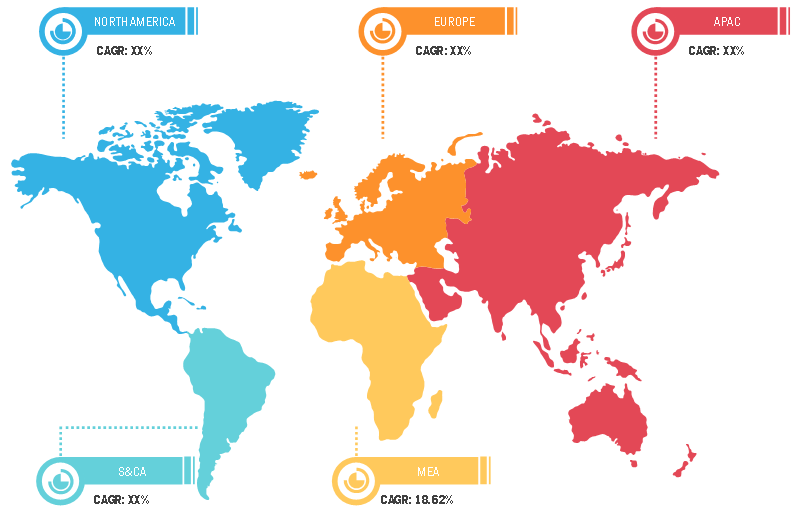 Economic affordability and availability of smart phones, bolstering demand for internet access, reduced technology cost per MB data, and lack of fixed line access in certain developing markets are some of the factors cumulatively, driving the mobile broadband connectivity globally. Furthermore, according to a study from industry giant Google, Inc. nearly 93% of smartphone users majorly use their smart devices while at home. Thus, owing to increasing penetration of mobile broadband, the traction among industry players is growing, leading to rapid technological expansion in the market. This expansion in mobile broadband market is expected to optimistically impact the year on year growth of wireless routers market.

On the basis of standard, the global wireless router market is segmented into 802.11b, 802.11g, 802.11n, 802.11ac, and 802.11ax. Business and home owners seeking to buy wireless router face a range of selections. Each standard differs in terms of costs, speed, frequency used, and transmission ranges. However, their implementation is quite similar. All these standards can use either an ad hoc network design or infrastructure, and each can use the same security protocols.

On the basis of band, the global wireless router market is categorized into single, dual and tri-band routers. These bands refer to the channels of a router, on which routers operate. Each of these bands supports different functions of the wireless devices and their data usage. The single band routers operate at the lower frequency of 2.4 GHz, whereas the dual band router operates on both 2.4 GHz as well as 5GHz. The tri band routers support the channels on 5GHz to 5.8 GHz. Majority of the population across the globe use the channels between 2.4 GHz to 5GHz and thus, Dual band wireless routers are the most preferred and deployed routers among the three.

Product development is the commonly adopted strategy by companies to expand their product portfolio. Cisco, Enterprise, 3Com, ADTRAN, NetGear, Linksys (now Cisco), D-Link, Vanguard, Tasman, Enterasys, Telesyn, among others are the key players implementing strategies to enlarge the customer base and gain significant share in the global Wireless Router market, which in turn permits them to maintain their brand name. A few of the recent key developments are:

- Scrutinize in-depth global market trends and outlook coupled with the factors driving the market, as well as those hindering it

- Enhance the decision-making process by understanding the strategies that underpin commercial interest with respect to client products, segmentation, pricing and distribution