X- Ray security scanner market operates in a consolidated market scenario. Price differentiation is a major market strategy adopted by the players operating in the market. Generally, products of established companies are high-priced in comparison to the local players. Furthermore, companies highly dependent on government tenders or contracts for a major share of their revenues. Also, the maintenance services for these X-ray security scanners generate a significant amount of revenues. There is a huge price difference by tunnel dimension area; for instance, the device deployed for baggage scanner is relatively cheaper than those deployed at vehicle and cargo inspection checkpoints.

The demand for these devices in the near future is mainly driven by growing air transport and constant geopolitical unrest across various geographical regions. Also, terrorism and criminal threats further boost the deployment of the device with variation by geography and end-user segment. Besides this, the installed mounting base further creates prospects for aftermarket and software upgrade returns. Companies operating in the market are focusing on expanding their footprints into emerging economies of the world. This is due to increasing infrastructural developments in these economies owing to the increasing urban population. Moreover, stringent government regulations towards safety and security concerns are propelling the growth of the market. High risk of terror attacks is another factor bolstering market growth. The government of countries across the globe is concerned about their public safety and hence, mandating proper security checks at public places. The US ban on laptops as a carry-on baggage has stirred an alarming situation regarding the use of the device as an explosive. Such bans create inconvenience to passengers. Thus, companies are focusing on developing advanced technologies that enable effective screening. One such technology is Ultrabright microfocus X-ray, an efficient substitute to conventional X-ray tubes. Microfocus X-ray, when used with CT scanners, offers a solution to produce 3D images at high resolution. These images are capable of detecting micro size materials, thus has an improved ability to detect threat from baggage or passenger.

APAC dominated the X-Ray Security Scanner market in 2018, this growth is majorly attributed to the increase in routes options as well as the economic expansion of the countries in the region. In few merging Asian countries such as India, body scanners are forecasted to replace metal detectors as per aviation security regulator. The authority has provided directions to replace metal detectors with advanced technologies. In the Europe region, international passenger traffic climbed by 8.2% in 2018. Recently, the Airports Authority of India is planning to build city-side infrastructure at airports across the country, with help from private players for the building of hotels, car parks, and other facilities. Also, the Indian government has plans for setting up new airports over the coming years. The government of China is highly focused on modernizing its infrastructure and has completed several projects for the development of its infrastructure. Furthermore, the country is constantly expanding its transportation infrastructure. Also, China has planned for constructing 60+ new airports by 2020. The growing infrastructure installation will result in the deployment of new X-ray security scanners. Further, in the APAC region, the significant growth is noticed in China and India. In North America, The Transportation Security Administration (TSA) is a US government representative which screens air travelers, to ensure safety of both individuals and mode of transportation in the country, majorly airplanes. Some of the key manufacturers in the region include OSI Systems, Inc., L3 Security and Detection Systems, and Smiths Detection Inc. among others. 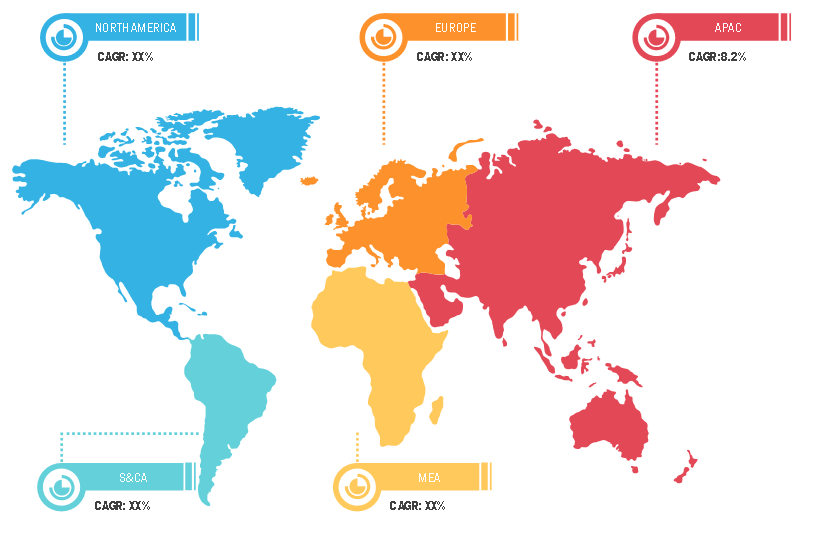 The global air travel industry is growing at a rapid pace. According to a report released by Boeing related to current market outlook of aviation industry (2017–2036), the number of air passengers grew at 6.2% Y-o-Y during the past five years. The factors such as high living standards coupled with rising middle class population, particularly in emerging markets have resulted in the increased growth. Also, growth in consumer spending related to tourism and travel in key economies has strengthened the demand for air travel. Owing to increasing air passenger traffic, there is a need to expand existing airport capacity and construction of new airport infrastructure worldwide. Thus, significant investments in airport infrastructure has been noticed during the past few years and is expected to continue over the next 20 years. Further, the report states that during 2017–2021, there will be an investment of about US$ 1 trillion in new and existing airports globally. Also, APAC will account for nearly 40% of that investment.

On the basis of product type, the global X-Ray Security Scanner market is segmented into conventional X-ray scanners, and CT scanners. X-ray security scanners are advanced screening equipment’s which involves the security of individuals at places such as airports, government applications, border checkpoints, railways, public places, stadiums, private sectors and others. There are several projects funded by CASRA that provides training related to X-ray scanners used at airports. Some of the projects include Osarp Training Study, 2D VS. 3D X-RAY Image Display Study, and ACXIS among others. With the aid of security scanner items such as explosive trace detectors, full-body X-ray scanners, electromagnetic metal detectors, biometric technology, communication technology etc., increase in illegal and unethical practices all over the world can be prohibited. X-ray safety scanning helps secure public spaces with regard to illegal activities and prevents economic, financial, among others.

On the basis of tunnel dimension, the global X-Ray Security Scanner market is categorized into small, medium, and large tunnels. X-rays are among the most commonly used vehicle scanning technology, ranging from trucks and vans to railcars. In the field of vehicle scanning, market leaders are increasingly focused on providing personalized solutions to consumers, based on their specific needs, in an attempt to expand their market presence. They provide the user with a reliable, high-resolution image with superior image processing functions and detection capabilities. Its features are dual view, material discrimination, threat image projection, cost-effective, advanced X-ray photodiode array technology, and sophisticated image capture, display, and archival.

Product development is the commonly adopted strategy by companies to expand their product portfolio. Astrophysics Inc., Eurologix Security Holding Group, Gilardoni S.P.A., Kromek Group Plc, L3 Harris Security & Detection Systems are among the key players implementing strategies to enlarge the customer base and gain significant share in the global X-Ray Security Scanner market, which in turn permits them to maintain their brand name. A few of the recent key developments are:

2 key takeaways
2.1 Need for infrastructure investments of African region
2.2 Increasing FDI in Infrastructure of APAC countries
2.3 Expansion of airports across the world