The global aircraft manufacturing industry is experiencing substantial growth due to the increasing demand for commercial and military aircraft worldwide. The growing disposable incomes in developing countries and the presence of top players such as Boeing and Airbus are some of the factors that are driving the demand of these aircraft. In a global scenario, commercial airplanes are anticipated to maintain a continuous growth over the coming years, regardless of several challenges faced by the commercial airlines such as uncertain fuel prices and other regulatory changes in various countries. In addition to this, the growing investments in defense equipment across countries are expected to drive the demand for military aircraft during the forecast period of 2020 to 2027. The growing production of aircraft demand for integration of advanced equipment such as engine control, avionics, cabin system, and in-flight entertainment system, which requires power connectors in order to supply power to these systems. Power connectors are designed to meet the aerospace and defense standards. All these factors are anticipated to fuel the demand for power connectors in various geographies and offer future growth opportunities for Aerospace & Defense Power Connector market players operating in the global market.

The aircraft production industry is heavily dependent on manual labor despite robotic technology. In the wake of strong lockdown regulations imposed by several countries, the aircraft-manufacturing sector is experiencing a significantly lower number of labors in respective aircraft and component manufacturing facilities. Since the aircraft-manufacturing sector is majorly concentrated in North America and Europe, and the two regions are facing a tremendous challenge in maintaining its manufacturing pace with the outbreak. The European countries manufacture various aircraft components and defense equipment and vehicles. However, a majority of European countries are challenged continuously growing outbreak. The plane makers across the globe are witnessing a severe downfall in component procurement. The downfall in the production of aircraft components is a result of a labor shortage. 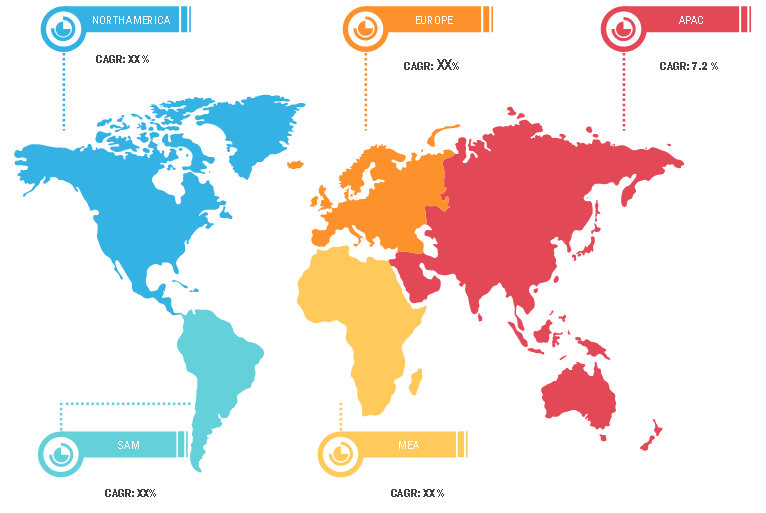 The rising battlefield scenarios are demanding the militaries to equip the soldiers with advanced technologies. The militaries around the globe are highly focused on optimizing soldier protection with efficient body armor and personal protection. Various technologically advanced countries such as China and the US are swiftly modernizing its armed forces, also highly investing in research and development for advanced defense technology. They are also conducting research into a broad range of defense-related technology, such as Artificial Intelligence (AI), robotics, quantum information sciences, and biometrics. The government is highly inclined toward investing billions in military and defense equipment; for instance, as per Stockholm International Peace Research Institute (SIPRI), in 2019, global military expenditure rose to US$ 1917 billion, it includes expenditure on current military forces and activities, arms and equipment purchases, military construction, research and development, and command and support.

When it comes to electrical devices, a consistent and reliable power supply is crucial. The selection of an appropriate power connector completely depends on the nature of the application and also on the customer’s specific requirements. Ranging from high-voltage versions and specific standards to design diversity, the power connectors portfolio offers a broad, practical selection for fulfilling user’s individual application objectives. There are wide range of rectangular and cylindrical products for the usage in high amperage, high power applications.

In February 2020, AMETEK announced the completion of a significant hermetic connector production expansion, thereby reducing the lead time by around 35% for products that have been in short supply for over a year. Equipment, Facilities, and personnel at their Ohio and California sites have been increased.

In July 2020, Radiall expanded its EPX™ Series with the addition of the newer iEPX connector, a weight-optimized EPXB2 disconnect shell that features an integrated strain relief and a press-in EMI backshell and supports quicker, more cost-effective integration into aircraft systems.