Asia Pacific is the fastest-growing geographic market for breast pumps and is expected to be the fastest-revenue contributor during the forecast period. Asia Pacific is recognized as a developing Breast Pump market for human milk banks and childcare. The growth is driven by countries such as China and India. 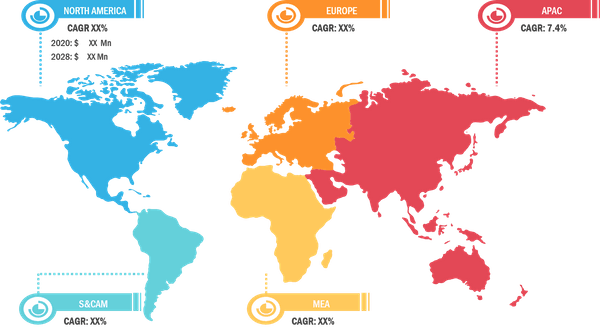 Soaring birth rates among developing economies are responsible for fueling global baby boom. However, the rising birth rate also contributes to rising birth defects and inability of mothers to breast feed their newborns due to different reasons such mother’s death or mother suffering from severe disease such as hepatitis and AIDS. According to a report published by Bill and Melinda Gates Foundation in 2018, there are almost 250 babies born every minute across the globe. According to the Centers for Disease Control and Prevention, the fertility rates for Hispanic women were highest in 2017 with 67.1 births per 1,000 women. Asian countries such as India and China also have high fertility rates due to factors such as effects of religion, inadequate supply of family welfare services, poverty, and others. According to the World Bank, the fertility rates in India were reported to be 2.23 births per women as compared with 1.80 in the US and 1.62 in China. Moreover, neighboring countries of India, such as Pakistan, have alarming rates of fertility. In 2016, the birth rate in Pakistan was reported to be 3.48 births per woman, as per the World Bank data. These rates are soaring even more in the African regions that are underdeveloped. Niger tops the fertility rate list in the world with 7.15 children per woman, followed by Somalia with 6.12 children per woman. According to the World Bank, the Democratic Republic of Congo held the third top position with fertility rate of 6.0 per woman in 2018. The increasing number of parturient women across the world are thus likely to create increasing demand for human milk and thus the breast pumps across the globe leading to the growth of the market.

A newborn is unable to get sufficient mother’s milk because of reasons such as less lactation, mother’s death immediately after delivery, and hormonal imbalance. As feeding a newborn with mother’s milk is essential for its growth and nutrition, human milk bank is a best-considered solution in any of the conditions as mentioned above. In developed countries, there is a rising number of human milk banks that offer great help to the mother who are not able to produce of milk. Nevertheless, high sterilization and pasteurization are among the important factors to be taken care before providing milk to a baby. For instance, in North America, Human Milk Banking Association of North America (HMBANA) has proposed accredited non-profit milk banks across the US and Canada. It has also introduced international guidelines for pasteurized donor human milk. Similarly, across Europe, there is a rise in the number of human milk banks, and among the European countries, Italy has the highest number of milk banks.
Milk banks also offer memberships for women who can produce more milk. Milk banks are offering a good cause for improving babies’ health. According to the Global Breastfeeding Score Card, it is stated that in countries such as China, India, Mexico, and others, more than 236,000 child deaths are caused due to inadequate breastfeeding. Therefore, there has been increase in the awareness for the benefits of donating breast milk, and the awareness has demanded the growth in the breast or human milk banks across the world. There are nearly more than 600 human milk banks in the upper and middle-income countries around the world.

What is Breast Pump?
Lactating women use a breast pump to remove milk from their breasts using a mechanical device. They can be either manual or automated devices that are powered by hand or foot motions. Many parents use them when they return to work to maintain nursing. Their milk is expressed at work and then bottle-fed to their kid by a caregiver.
What are the driving and restraining factors for the Breast Pump market across the globe?
The market is driven by factors such as high women employment rates, rising healthcare expenditure, growing patient awareness, and increasing healthcare investments from private players and government bodies. However, the market is likely to experience slower growth due to the restraining factors such as working women and their childcare crisis.
Who are the major players in the Breast Pump market?
The Breast Pump market majorly consists of the players such as Pigeon Corporation; Ardo medical, Inc.; Ameda, Inc.; Koninklijke Philips N.V.; Medela LLC; Evenflo Feeding; Albert HohlkÃ¶rper GmbH & Co. KG; Mayborn Group Limited; Hygeia Healthcare; and Spectra Baby USA.