The rising number of product approvals and launches drives the market growth. The pharma ADMET testing market comprises major competitive players who adopt various strategies, including product launches, geographic expansion, and technological advancements. A few recent developments in the market are listed below:

The active participation of market players in product innovation and development, coupled with an increase in approvals of products, fuels the growth of the pharma ADMET testing market. Also, with the advent of advanced technologies, the market would grow exponentially during the forecast period.

The high cost of ADMET testing studies hinders the growth of the pharma ADMET testing market. As per the Research and Development in the Pharmaceutical Industry, a 2021 report by Congressional Budget Office, the projected cost to develop a new drug can range from less than US$ 1 billion to more than US$ 2 billion, including capital expenses and treatment costs (for patients administered with drugs that don't make it to market). The pharmaceutical industry dedicated US$ 83 billion to R&D expenditures in 2019. These expenditures entailed costs incurred by discovering and testing new drugs, developing incremental innovations such as product extensions, and clinical testing for safety monitoring or marketing purposes. This amount is ~10-times what the industry spent per year in the 1980s. As a result of the unpredictability and high cost of discovering and developing new drugs, only ~12% of medications that undergo clinical trials ultimately receive FDA approval for market launch. Such factors are hindering the growth of the global pharma ADMET testing market.

Asia Pacific registers the highest CAGR of the pharma ADMET testing market. High demand for toxicology testing products and precision medicines, increasing discovery of drugs, and rising investments in R&D by key market players are among the factors bolstering the growth of the Asia Pacific market.The pharma ADMET testing market in China is expanding due to the country's increasing population suffering from chronic diseases leading to the demand for personalized medicine. Drug discovery in China is booming owing to the support from institutes and organizations promoting in-vitro ADMET testing of the drugs. For instance, Institute for In-Vitro Sciences (IIVS) has worked collaboratively with international governments to help them implement non-animal test methods for the regulation of products and ingredients. In April 2019, IIVS recognized China’s National Medical Products Administration (NMPA) for their acceptance of certain non-animal (alternative) test methods for the regulation of cosmetics.

Moreover, key players operating in the pharma ADMET testing market in China are following organic and inorganic strategies to expand their portfolio and presence across APAC. For instance, in June 2022, WuXi ATU and Wugen Inc. announced a partnership to produce Wugen’s WU-NK-101, a novel immunotherapy that harnesses the power of memory natural killer (NK) cells to treat cancers. Under the partnership, WuXi ATU agreed to provide manufacturing and testing services for WU-NK-101 to enable the delivery of the innovative cell therapy product to cancer patients.

The pharma ADMET testing market in South Korea is growing gradually due to the increased emphasis on drug safety data, new demand for health economics and outcomes research, and shift toward personalized medicine and orphan drug development. South Korea is found to be the most attractive early phase destination based on the availability of global and regional suppliers, patient pool, and the current regulatory scenario of the country. The interest and growth in South Korea in Phase I-IIa studies relative to other areas in Asia, and even relative to the rest of the world, is directly related to the following factors:

The above factors are propelling the expansion of several CROs across South Korea. Additionally, South Korea announced the launch of a 5-year plan for advancing clinical trials and boosting the country's status as a research destination across the world. In 2019, Novotech company announced a partnership with two major hospitals in South Korea responsible for strengthening Novotech's clinical service capabilities in the country. These factors are expected to fuel the growth of the pharma ADMET testing market in Asia Pacific during the forecast period. 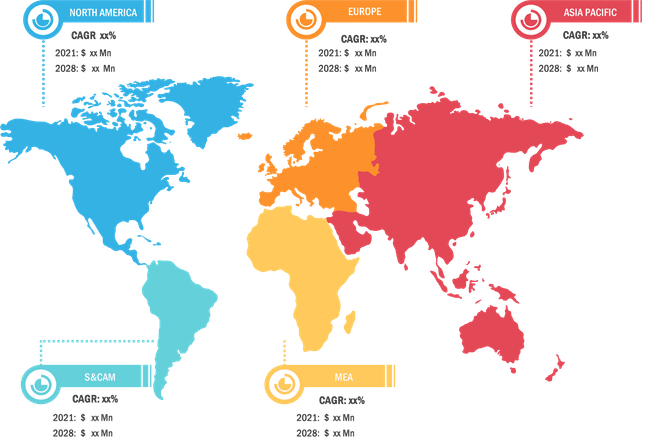 Based on application, the global pharma ADMET testing market is segmented into systemic toxicity, renal toxicity, hepatotoxicity, neurotoxicity, and others. The systemic toxicity segment is estimated to account for the largest market share during the forecast period. Pharma ADMET testing is performed to identify or spot the toxic effects of drug molecules on organs in the body. If the drug molecule is toxic then it may cause systemic toxicity or organ toxicity. A systemic toxicity affects the entire body or many organs rather than a specific site. ADMET testing finds its application in performing different chemical, pharmacological, and genetic tests that support overall drug discovery activities, including drug trials, drug designs, and other drug interactions. Moreover, there are several drug categories and drug molecules that cause systemic toxicity. Local anesthetic systemic toxicity (LAST) is a life-threatening adverse event that may occur after the administration of local anesthetic drugs through a variety of routes. The increasing use of local anesthetic techniques in various healthcare settings makes contemporary understanding of LAST highly relevant. Additionally, pharma ADMET testing plays a critical role for identifying molecular toxicity and resolving it at the preclinical drug development phase. A study published in Springer Nature in February 2022 entitled “In Silico Models for Predicting Acute Systemic Toxicity” reveals the use of structure-based computational models available and potentially useful in the assessment of acute systemic toxicity.

The hepatotoxicity segment is expected to register the highest CAGR during the forecast period. Hepatotoxicity is the injury or damage to the liver caused by drugs. It is a known and serious adverse drug reaction. Moreover, drug-induced hepatotoxicity is a leading cause of attrition during drug development. In vitro three-dimensional (3D) cell cultures allow better recapitulation of the complex in vivo microenvironment than traditional 2D monolayer models. Thus, the use of such an advanced model to study hepatotoxicity is expected to propel the pharma ADMET testing market growth for this segment during 2021–2028.

Companies operating in the pharma ADMET testing market adopt the product innovation strategy to meet the evolving customer demands across the world, which also permits them to maintain their brand name in the market.