The venous stents are mesh tubes made up metal that expands against the blocked veins or the narrowed veins. These stents play role of a scaffold that assist in keeping the walls of veins open. The venous stents are generally placed in the central veins which are found in legs, chest and abdomen. The venous stents are used to treat conditions such as chronic deep vein thrombosis (DVT), post thrombotic syndrome and more. The growth of the Venous stents in healthcare market is attributed to the rising venous diseases, technological advancements in stent technology and rising geriatric populations are key drivers for the growth of the market. However, the growth of the market is restrained by various factors such as stringent regulations for approval and high cost of surgical procedures.

The Venous stents in healthcare market is expected to witness substantial growth post-pandemic. The Venous stents in healthcare market is expected to witness substantial growth post-pandemic. The COVID-19 has affected economies and industries in various countries due to lockdowns, travel bans, and business shutdowns. The COVID-19 crisis has overburdened public health systems in many countries and highlighted the strong need for sustainable investment in health systems. As the COVID-19 pandemic progresses, the healthcare industry is expected to see a drop in growth. The life sciences segment thrives due to increased demand for invitro diagnostic products and rising research and development activities worldwide. However, the medical technologies and imaging segment is witnessing drop in sales due to a smaller number of surgeries being carried out and delayed or prolonged equipment procurement. Additionally, virtual consultations by healthcare professionals are expected to become the mainstream care delivery model post-pandemic. With telehealth transforming care delivery, digital health will continue to thrive in coming years. In addition, disrupted clinical trials and the subsequent delay in drug launches is also expected to pave the way for entirely virtual trials in the future. New technologies such as mRNA is expected to emerge and shift the pharmaceutical industry and market is also expected to witness more vertical integration and joint ventures in coming years. 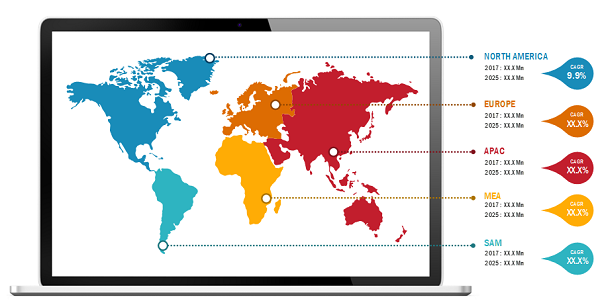 Conditions that damage the veins are termed as venous diseases. Common venous disorders include: venous thrombosis, deep vein thrombosis, venous stasis, venous ulcers, arteriovenous fistula, post-thrombotic syndrome, thrombophlebitis and others. According to the Johns Hopkins University around 15% of the US population suffers from varicose veins. Also, according to the Centers for Disease Control and Prevention, every year approximately 900,000 (1 - 2 per 1,000) people are affected by deep vein thrombosis (DVT) in the United States. It also mentioned that 33% of people with DVT will have recurrence of DVT within 10 years. Furthermore, thrombophilia is the condition wherein predisposition leads to formation of clots. The predisposition to form clots can arise from genetic factors, genetic thrombophilia results when there is deficiency in inherited factor, such as antithrombin or protein C. The Centers for Disease Control and Prevention estimated that 5-8% people in the US have inherited thrombophilias.

Owing to the rising cases of venous diseases in the regions and in various countries, the need and demand for the venous stents for the treatment of the venous disorders increases, thus enhancing the market growth in the future years.

Advancement in the field of stent technology has equally enhanced the market for venous stents. Many industry players have come up with innovative types of venous stents in last few years. The defects and technical shortcomings for performing venous stenting procedures have led to a revolution of the newer nitinol stents. For instance, in January 2018, Medtronic plc. broadcasted an initiation of its investigational device exemption (IDE) study for the Abre, its venous self-expanding stent system. The new abre stent is developed for permanent implant in the iliofemoral vein. Upon placement of the Abre stent, the stent offers optimized balance of strength and flexibility to exert an outward force and open the vein. Similarly, in November 2016, Cook Medical announced the initiation of VIVO clinical study that assesses the safety and effectiveness of the Zilver Vena venous stent that is used for the treatment of symptomatic iliofemoral venous outflow obstruction. Thus, many companies are growing their venous product portfolio to offer a comprehensive portfolio for the treatment of venous diseases.

Advancement in venous stents has made the treatment of venous diseases easy and accurate. These technological advancements are likely to grow the market in near future.

Incidence rates for deep venous thrombosis (DVT) and pulmonary embolism (PE) increases with increasing age in both men and women. This is due to age related alterations in thrombotic factors and laxity in large venous valves. According to the NHS foundation, 90-95% of deep venous thrombosis or pulmonary embolism cases are in people aged over 40 years. Furthermore, chronic diseases like cancer, surgeries or immobilization, transvenous pacemaker, central venous catheters, infection, kidney disease, thrombophilia, and leg paresis from neurological disease are more prevalent in aged population and all these diseases are independent predictors of venous thromboembolism events.

Globally the geriatric population is increasing, every country is experiencing the rise in older population. According to the United Nations data from World Population Prospects 2017, 962 million people are aged 60 or over in the world and is expected to reach 2.1 billion by 2050 and 3.1 billion by 2100. It also mentioned that Europe is having the largest share of old aged population about 25%. Thus, the growing geriatric population, increases the applications of venous stents and eventually favors market growth.

Based on application, the Venous stents in healthcare market is segmented into legs, chest, and abdomen. The leg segment is anticipated to grow at a CAGR of 9.6% during the forecast period. The growth of leg segment is primarily driven due to increasing number of the incidences for the deep vein thrombosis in the geriatric population.

The Venous stents in healthcare market players are adopting the product launch and expansion strategies to cater to changing customer demands worldwide, which also allows them to maintain their brand name globally.