The industrialization of the deep sea is expanding across the world. Deep water areas are one of the most important fields for increasing oil & gas reserves and production worldwide. Hence, they are emerging as a hotspot for global oil & gas exploration due to the depletion of easily accessible oil & gas resources and technological improvements. This, in turn, is driving the FPSO market. Moreover, there is an increasing presence of major oil & gas extractions companies, such as Petrobras, in offshore exploration and production activities. In Petrobras, most of the oil reserves are in offshore fields, which has led the drilling activities to reach ever-greater depths. In addition, over the next five years from 2019-2023, the company expects more than ten new production systems to come on stream, which will ensure a 5% growth in production by 2023. Moreover, according to the International Energy Agency (IEA), by 2040, annual capital expenditures for offshore oil & gas production activities in Brazil would total US$ 60 billion. Moreover, the increase in the number of exploitations of marginal oil reserves in remote offshore areas, along with the flexibility of FPSOs to operate without the support of a fixed structure, boosts the FPSO market growth. Thus, the reasons mentioned above are further driving the FPSO market size.

The COVID-19 pandemic negatively influenced the overall oil & gas industry in 2020 and 2021, owing to considerable disruption in the industry supply chain activities, coupled with several countries sealing off their international trade in the wake of the pandemic. Furthermore, as the global oil prices plummeted significantly due to limited demand and continuous production by the oil-producing countries, there was a considerable decline in production activities among the major oil-producing countries. Consequently, the discontinuation of oil & gas activities virtually disrupted the demand for any related products & services, including FPSO. For example, in 2020, due to delays in FPSO construction projects and more extended shutdowns of the producing ones, MODEC, the FPSO construction business, saw a drop in profits. The most significant reason behind this was a cost overrun caused by supply chain difficulties. The oil & gas sector rebounded strongly since mid-2021, with higher prices. However, the industry's recovery is better than expected, and uncertainty remains over FPSO market dynamics in the coming years. In March 2022, Helix Energy Solutions Group—a US offshore oil & gas services company—signed an agreement with Shell to provide Well Intervention services in the Gulf of Mexico. However, in the post-COVID scenario, the resumption of oil extraction projects is driving the FPSO market. 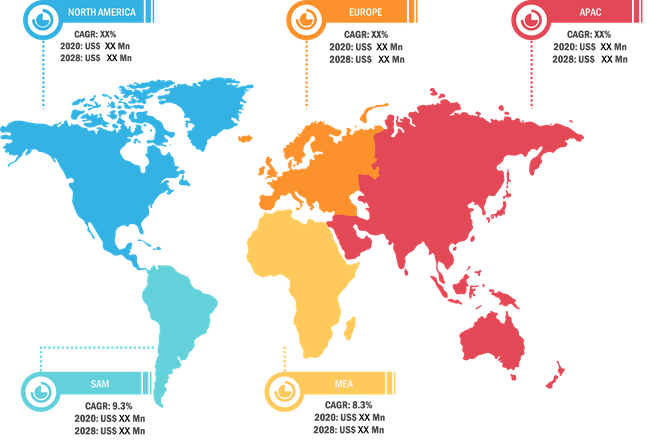 The demand for natural gas and crude oil is constantly increasing worldwide. For instance, in 2018, the oil demand increased by 1.3% across the globe, which fueled the oil industry's growth in the US. According to the International Energy Agency forecasts, in Q3 2019, the oil demand rose by 1.1 million barrels (mb)/day, signifying more than double growth compared to the previous quarter. The US and China have presented the most considerable growth. The robust increase in petrochemical demand in the US resulted in increased consumption and is driving the FPSO market. The Organization of the Petroleum Exporting Countries (OPEC) report stated that natural gas is expected to be the fastest-growing fossil fuel and would be the second-largest contributor to the energy mix, which is expected to hold a 25% share in 2045. In the coming years, Asia Pacific is anticipated to witness high demand for natural gas, owing to the rising use of natural gas in diverse industrial sectors. As per the BP Statistical Review of World Energy 2020, the increase in natural gas consumption worldwide averaged 2% in 2019, while in Asia Pacific, the natural gas consumption showed 4.7% Y-o-Y growth in 2019. Thus, the rising demand for natural gas and crude oil worldwide is expected to offer lucrative opportunities for the FPSO market growth during the forecast period.

Based on water depth, the FPSO market is segmented into shallow water, deep water, and ultra-deep water. The shallow water segment held the largest market share in 2021. In uncooled camera technology, the imaging sensor does not require cryogenic cooling. The depletion of natural gas and oil in shallow waters due to extensive extraction and increased demand have led engineers to develop floating production platforms that can thrive well in the adverse conditions of deep waters. Thus, the above mentioned benefits of shallow water drilling, the exploration and production process in shallow water is increasing, driving the businesses of FPSO market players offering their FPSO solutions for shallow waters.

The FPSO market players are mainly focused on the development of advanced and efficient products.

What are the factors driving the growth of the FPSO market growth?
The industrialization of the deep sea is expanding across the world. Deepwater areas are one of the most important fields for increasing oil and gas reserves and production worldwide. Hence, they are emerging as a hotspot for global oil and gas exploration due to the depletion of easily accessible oil and gas resources and technological improvements. . Thus, increasing oil and gas production in deepwater and ultra-deepwater drives the demand for the integration of FPSOs into the ships used to explore oil and gas, which fuels the growth of the FPSO market.
What are the market opportunities for the FPSO market?
The demand for natural gas and crude oil is increasing constantly across the world. The oil demand is increased by more than 1% across the globe, which fueled the growth of the oil industry in the US. Additionally, the interregional trade of gas increased by more than 4%, representing over double growth in the 10-year average. Thus, the rising demand for natural gas and crude oil across the world is expected to offer lucrative opportunities for the FPSO market growth during the forecast period.
Which component of water depth is driving the FPSO market?
Based on water depth, the FPSO market is segmented into shallow water, deep water, and ultra-deepwater. Shallow water is anticipated to continue driving the FPSO market by water depth segment due to the various benefits associated with shallow-water drilling the exploration and production process in shallow water increases and is driving the market growth.
Which component of the hull is driving the FPSO market?
Based on the hull, the FPSO market is segmented into a single hull and a double hull. The ship's hull is the vessel's outer skin, which prevents water from entering the vessel and ensures the ship's watertight integrity in order to keep it floating. Double hull is anticipated to continue to drive the FPSO market by hull segment owing to the growing number of government laws governing maritime traffic.
Which region is expected to dominate the FPSO market in the forecast period?
The global FPSO market is segmented into five major regionsâ€” North America, Europe, Asia-Pacific, Middle East & Africa, and South America. In 2020, South America led the global FPSO market share, followed by the Middle East & Africa, and the Asia Pacific. The presence of developed countries such as the US and Canada and the high focus on oil manufacturers are two major factors driving the FPSO market in North America.
What are the top 5 key players in FPSO markets?
The top five key players operating in the global FPSO market Petrobras, CNOOC Limited, Total Energies SA, Exxon Mobil, and Equinor ASA in 2020. The market is moderately consolidated with several prominent players catering to domestic and international demand. Ownership of FPSOs is split between operators and contractors. Petrobras is the leading player in the FPSO market followed by CNOOC Limited, and Total Energies SA.