Governments of developed as well as developing countries are now procuring new helicopters for search rescue and medical evacuation purpose. For instance, in 2016, Ministry of Defense (MOD), government of India decided to procure ~111 Naval Utility Helicopters (NUH) along-with two flight simulators, one maintenance simulator, and infrastructure. The intended use of these helicopters was for search and rescue, medical evacuation, communication duties, and surveillance & targeting, among others. The technical specification clearly mentioned about the installation of advance rescues hoists that has defined load capacity and minimal usable cable length. Like India, the US government has also been procuring new and advance helicopters that has comprehensive rescue hoists. For instance, US has Sikorsky S-92, twin-engine medium-lift helicopter that is equipped with dual rescue hoist with spotlight, one or two triple NATO-standard litter kits, wire strike protection, and cargo hook. In 2020, European countries such as Norway, the Netherlands, Ireland, and the UK, decided to replace their old search and rescue (SAR) helicopters with new and advance one. The tender pre-selection for the ‘Search-and-Rescue Helicopter Capacity (SARHC) for the Netherlands Coastguard’ was released in April 2020 by the Defence Materiel Organisation (DMO) of the Ministry of Defense of the Netherlands (MOD NL). The tender mentions various technical specifications including that of rescue hoists. Therefore, the ongoing procurement of new SAR helicopters and need for advance rescue hoist is propelling the growth of the rescue hoists and cargo winches market. 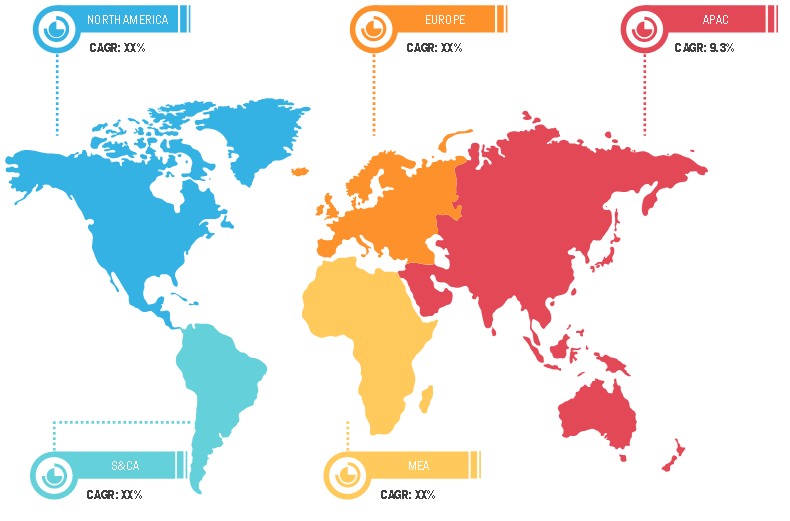 There is a continuous demand for advance and capable SAR helicopter and rescue hoist and winches from military forces of developing countries. The UK, one of the prominent countries in Europe, is investing on the procurement of the second-generation or 2G SAR service. The UK’s Maritime & Coastguard Agency (MCA) is looking for helicopters that are equipped with emerging technologies such as UAVs or even high-altitude pseudo-satellites for surveillance. Similarly, Government of India decided to procure 14 Twin-Engine Heavy Helicopters (TEHH), for Indian Coat Guards, in January 2021. These helicopters will be operational by FY 2025–2026. These helicopters will be used for maritime surveillance, SAR, medical evacuation, casualty evacuation, and logistics support to ships as well as pollution response sorties.

Similarly, in March 2019, the Rescue and Salvage Bureau (CRS) of the Chinese Ministry of Transport (MOT) expanded its medium class search and rescue helicopter fleet with the Airbus H175. These new H175 were procured to perform SAR mission in busiest areas for marine traffic (seven of the 10 busiest container ports in the world are in China) as well as various offshore areas such as the Bohai Sea and the Yellow Sea. These instances of continuous procurement of new and advance SAR helicopters have created immense opportunity for component manufacturers of such helicopters including rescue hoists and cargo winches manufacturers to develop innovative products with enhanced capabilities. 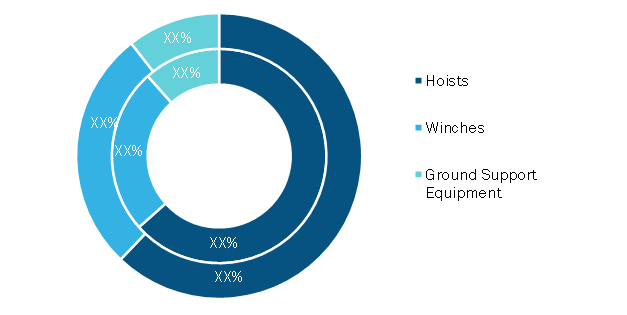 Based on end users, the rescue hoists and cargo winches market is further segmented into military forces, law enforcement agencies, fire fighters, and medical evacuation crews. In 2020, the law enforcement agencies segment accounted for a significant share in the global rescue hoists and cargo winches market.

The players operating in the rescue hoists and cargo winches market focus on strategies such as mergers, acquisitions, and market initiatives to maintain their positions in the market. A few developments by key players are listed below:

In March 2021, Dart Aerospace with Talon Helicopters have received approval from the Canada transport department to perform night hover refill operations. this operation of firefighting through air will also increase the demand for its rescue hoists across the country.

In February 2018, VINCORION launched an innovated version of Skyhoist 800 with its sophisticated capstan technology, dead weight of maximum 50 kilograms, hoisting capacity of up to 350 kilograms, cable length of 120 meters, and maximum hoisting speed of 2 meters per second.

The List of Companies - Rescue Hoists and Cargo Winches Market