Developing regions such as Asia Pacific, the Middle East and Africa, and South America are characterized by positive economic outlook, increasing middle class population, and rising disposable incomes. These factors are driving the sales of audio systems in these regions. Developing economies have been witnessing steady growth in the post-recession era, which has reflected in rise in disposable income. In the western countries, where consumers have high disposable incomes, high value and volume of audio equipment sales is driven by the preference for advanced features and technologies integrated in the devices. The growing adoption of advanced technologies such as head-related transfer function (HRTF) across media & entertainment sector. The 3D audio market players across the world are focusing on integrating the HRTF technology for providing enhanced user experience. The 3D audio experience is much more immersive than 2D audio experience when watching movies on smartphones with earphones. In cinema halls, the integration of HRTF simulates the 3D audio when mirrored sounds hit the ears from different directions by using multiple speakers present on all sides of the hall. The HRTF are being integrated across a wide range of sound devices, including headphones, to generate different surround sound effect.

According to the latest report from the World Health Organization (WHO), the US, Spain, India, Italy, France, Germany, the UK, Russia, Turkey, Brazil, Iran, and China are among the worst-affected countries due to the COVID-19 pandemic. In 2020, the world economy suffered significant consequences of the pandemic due to disruptions in the electronics & semiconductors, and manufacturing industries, among others. However, in the last quarter of 2020, companies from many industries began their operations virtually and employees started working from home, which has bolstered the demand of headphones and ear buds. In addition, with the rising demand of entertainment at home due to shutdown of cinema halls and theater has fostered the demand for 3D audio systems across the region. However, partial restriction on cargo and transport at the beginning of the pandemic resulted in disruptions in the supply chain of raw materials. The sudden rise in demand for 3D playlist and AR/VR in gaming industry as fostered the growth of the 3D audio market, and the market expected to continue its growth during the forecast period. 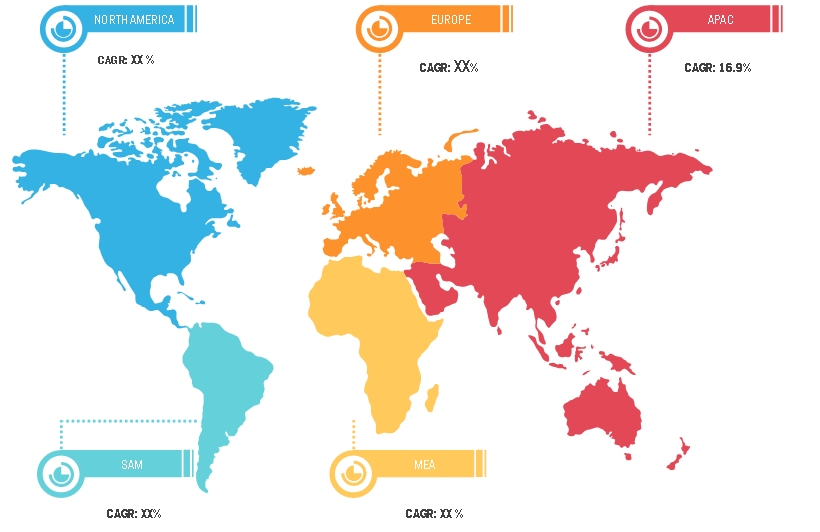 The market players are constantly focusing on spending hugely on enhancing podcasting features by creating valuable content libraries. The growing trend of integrating 3D audio technology with the music and episodic series available on online streaming platforms. For instance, iHeart Media announced its investment in binaural audio/3D audio that efficiently spots listeners in the recording room and makes them feel like the performance is happening around them. The 3D audio can be felt in real-time with the help of 3D microphones or AirPods. Similarly, in 2020, Spotify signed a deal with Warner Bros. to produce and distribute an original slate of scripted narrative podcasts, which would be exclusively licensed to Spotify for a specific period. Therefore, such strategies are boosting the trend of 3D audio podcasting. 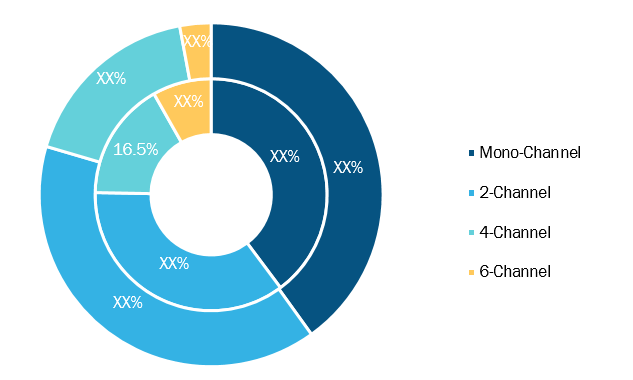 The players operating in the 3D audio market focus on strategies such as mergers, acquisitions, and market initiatives to maintain their positions in the market. A few of the significant market developments by key players are listed below:

The 3D audio market has been segmented as follows:

By End Use Industries

Which factor is driving the 3D Audio market?
With continuous developments in the gaming industry, people of diverse age groups are progressively adopting gaming culture in their daily routine. Although many people play video games to in leisure, an increasing percentage of population has started seeing it as a lucrative career option. The percentages of internet users have reached 73%, 76%, 84%, 83%, and 86% in North America, Europe, APAC, MEA, and SAM, respectively. The internet gaming users among different age group such as 23â€“26 (millennial), 37â€“55 (Gen X), and 16â€“22 (Gen Z) is estimated to be ~48%, ~25%, and ~23%, respectively. Additionally, the rising adoption of 3D audio systems in the gaming industry is used to create realistic atmosphere. Due to this the users are able to measure and detect the distance from where sound is generated. Furthermore, ongoing advancements in augmented reality (AR) and virtual reality (VR) applications used across gaming purpose is propelling the adoption of 3D audio systems.
Which end user type led the 3D Audio market?
The media and entertainment sector is contributing significantly to the global 3D audio market growth. In addition, the advent of cloud computing solutions in the media and entertainment field, and escalating adoption of HRTF technology is also expected to help boost the market performance during the forecast period.
What factors are providing opportunities for 3D Audio market?
The scope of music streaming platforms and on-demand streaming is constantly flourishing with the introduction of digital and cloud systems. Continuous technological developments taking place across the world are enabling musical content creators to cater to their subscribers in a better manner. The subscription model is creating a significant impact on the development of 3D audio song list as well as music streaming platforms. The music streaming service providers are offering 3D audio music to attract larger base of customers as well as to gain a larger number of subscriptions. India is a hotbed for content providers, as the platforms such as Saawan.com, Gaana.com, and Amazon prime are strengthened their presence in the country in the past few years, which allow content creators to exclusively offer a list of 3D songs.s