Rising trend of smart cities is attributing to the growth of the market. The smart city concept is fully based upon internet of things (IoT). Each and every devices, systems, and users are interconnected with each other in a smart city. Even the government would be connected with other aspects of a smart city, thus increasing the risk and compromising with the safety of critically important data. When everything is connected through internet, the risk of breach which could lead to the malfunctioning of the systems increases significantly. A breach into the network can even compromise some valuable or sensitive government data. Thus, the concept of safety and security in IoT plays a vital role in the development of smart cities. Additionally, a breach in the government of any economy can pose a tremendous disaster both economically and financially. Thus, with the implementation of smart cities in the future, security should be the first priority of development. The IoT security market holds a strong demand in future with the implementation of smart cities. Moreover, military and armed forces data can be compromised by terrorists group can even lead to loss and destruction of lives and properties. Therefore the implementation of smart city idea is going to drive the market for IoT security during the forecast period. 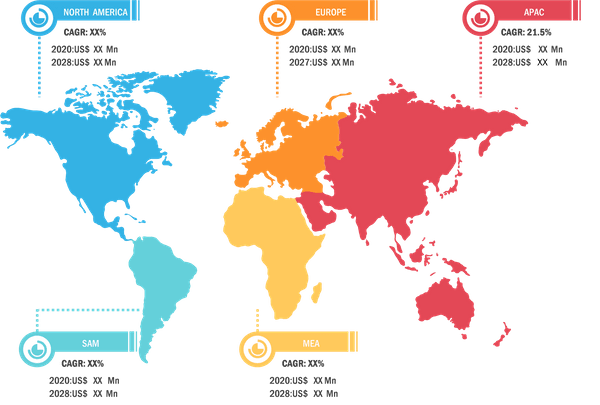 Appearance of blockchain in IoT security

Blockchain technology is a decentralized/distributed database which serves as an online ledger keeping record of transactions that can’t be changed. Blockchain technology is capable of being used in tracking billions of connected devices, enable the processing of transactions and coordination between devices, allow for significant savings to IoT industry manufacturers. This decentralized approach is anticipated to eliminate single points of failure, creating a more resilient ecosystem for devices to run on. The cryptographic algorithms used by blockchains, is expected to make consumer data more private. The blockchain in IoT can be applied to Connected Vehicles Smart Appliances and Supply Chain Sensors. Blockchain would emerge as an object of intense interest in the tech industry and beyond in the years to come. As the technology is fledgling and changing very rapidly, the widespread commercialization is of this technology is still a few years off.

Players operating in the IoT security market are mainly focused on the development of advanced and efficient products.

The IoT security market has been segmented as follows:

13 Appendix
13.1 About The Insight Partners
13.2 Glossary of Terms
13.3 Research Methodology