The increasing security concerns leading to IP cameras adoption and the rising incorporation of artificial intelligence (AI) in video surveillance systems are the potential parameters assisting the global video surveillance market growth. Contrary to this, threats to data security and lack of standardization in third-world countries hinder the market expansion.

These days, video surveillance is more than just observing, recording, and storing data. Various fraudulent activities compelled governments to opt for video surveillance systems. Besides, the increasing initiatives for smart city across several developed and developing economies also serves as driving factors for the global video surveillance market. IP cameras are preferred over traditional surveillance cameras, as they transfer captured data or imageries directly over the internet within a fraction of a second. The option of installing video analytics software in IP cameras for automatic analysis of imageries also increases the end-user’s interest. Since civil unrest activities have been growing over the years, IP cameras are being installed in industries, residential complexes, shopping malls, and other vulnerable locations, eventually driving the global video surveillance market growth.

The need for video analytics, big data, and internet of things (IoT) in video surveillance systems is attributed to reduce the analysis timing and improve decision-making capabilities. The AI facilitates monitoring, feeding the captured imageries, and alerting the guards in case of suspicious activities in or around workstations. Video surveillance integrated with artificial intelligence offers a wide range of applications such as facial recognition, motion detection, license plate reading, and counting the number of people in retail stores or shopping malls. The processing power of modern video surveillance cameras has increased fourfold with the incorporation of AI, which in turn enhanced the hosting power of analytics tools. Analytics software reviews the situation with higher efficiency providing accurate results in less time.

The global video surveillance market, by platform, is split into hardware and software. The former led the market in 2017 with the highest revenue share and is expected to continue dominating till 2025. The hardware platform consists of cameras, monitors, and storage devices. It constitutes the most integral component of video surveillance systems as it gathers the imageries and feeds the monitors for human check. Besides, the storage devices hold the data for future analysis and investigation. Hardware systems differ as per the vendors and are sometimes customized according to specific requirements.

The software platform plays a crucial role in video surveillance, facilitating the human inspection to scrutinize all the situations. Software allows live streaming of videos over multiple cameras simultaneously. Alarm management systems equipped with software alert the security in case of a suspicious event or if the camera is being tampered. The video management software comes configured as per exclusive requirements offering various features such as audio and video playbacks, video compression saving bandwidth, and search functions to review the recordings. EyeLine Video Surveillance Software, iSpyConnect, ContaCam, and Xeoma are some of the leading video management software available. 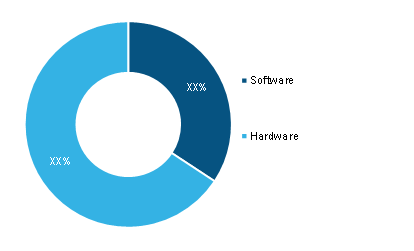 Based on industries, the global video surveillance market is segmented into commercial, residential, industrial, infrastructure, and institutions. The commercial segment occupied the largest market share in 2017 and is likely to continue leading over the forecast period. Video surveillance systems are heavily deployed across commercial sectors in both developed and developing countries. Banks, financial institutions, ATMs, hospitals, shopping malls, retail stores, warehouses, and data centers mandate video surveillance systems. Moreover, the industries incorporate a considerable number of security cameras and keep upgrading the same with latest technologies at timely intervals.

North America encompassed the largest market share in 2017 and is projected to retain its dominance till 2025, growing at a considerable CAGR. The demand for monitoring and video surveillance systems from government entities, defense authorities, and private organizations in North America is increasing. Government standardized the usage of high-tech video surveillance solutions. Also, the continuous innovation of hardware and software in video security solutions increases the interest among the end-users. The trend of technology shift from analog to network-based video surveillance cameras is also prevailing in the region, leading to the large-scale adoption of IP cameras. 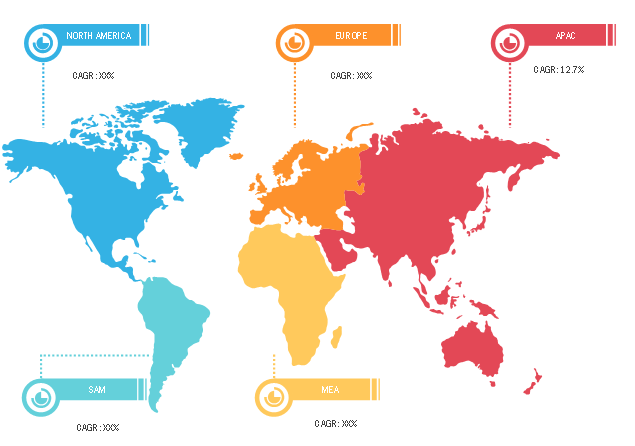 The global video surveillance market research report provides detailed insights into the market in terms of size, share, trends, and forecasts. It delivers crisp and precise know-how of drivers, restraints, opportunities, segments, and industrial landscape. A list of key market players with their respective developments in recent years has been reserved as a special mention.