Wild boars, deer, raccoons, and other animals can destroy crops, and such damage caused by wildlife demotivates farmers. Smart Animal Traps are meant to enable end users to remotely catch animals for various reasons, such as food, fur trade, hunting, pest control, and wildlife management. Sensors incorporated in these systems allow them to detect the capture of a dangerous animal. The systems then alert distant administrators via GPS and wireless connection. The state of all the traps installed in a region can be plotted and shown on a map, and registered e-mail addresses can be notified of that status. The technology enables hunters to travel straight to the sites where dangerous animals have been captured.

Furthermore, in accordance with the EU Habitats and Birds Directives, EU countries have imposed strict rules for the preservation of key breeding and resting locations for many species, particularly the rare and threatened ones, within the Natura 2000 network. They have also created areas for physically protecting individual specimens across the 27 EU member states. The EU also establishes guidelines for animal care and collaborates with other nations to prevent illegal wildlife trades worldwide. Therefore, it has become necessary for wildlife keepers to properly monitor these animals, bolstering the demand for smart animal traps in Europe.

Europe has 504 national parks. With 48 parks totaling 141,200 km2, Russia has the highest number of national parks in the region. Russia is followed by Finland, Sweden, Norway, Turkey, and France with 40, 30, 47, 43, and 30 national parks, respectively. Further, France has the second-largest total area covered by national parks. The 10 national parks in France occupy 60,728 km2 of area. National parks preserve 9.5% of France's total land area, which is second only to Iceland (12.1%) in terms of percentage. With such vast areas, these park keepers need to keep an eye on animals' health to keep up with the rising tourist numbers, favoring the smart animal trap market growth.

India, China, and Japan have many electronics facilities and end users of the smart animal trap market. In late 2021, Despite rising COVID-19 cases, these countries have eased the containment norms. With the rise in COVID-19 cases in China, some factories were still operational but could not suffice the demand. According to the Organization for Economic Co-operation and Development (OECD), the pandemic severely affected countries such as India, Australia, China, and Japan. India was the worst-hit country by the pandemic in this region. Limitations imposed by governments to control the spread of COVID-19 during the initial time stages of the crisis affected the production process in these countries due to the limited workforce, which hampered the smart animal trap market growth in 2020. 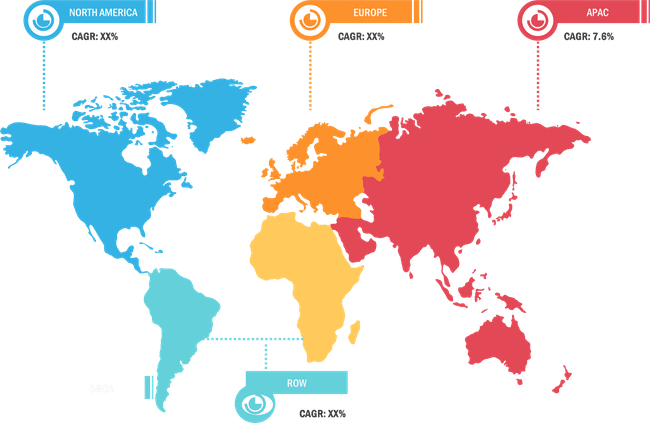 North America held the largest share of the smart animal trap market. The rising demand for livestock animals, the rapid uptake of pets with growing disposable income, the rise in pet care products, and the increasing prevalence of animal diseases are the factors supporting the smart animal trap market expansion in this region. A significant increase in pet adoptions has been seen in recent years, especially after the COVID-19 outbreak in Canada. The North American Model of Wildlife Conservation is based on seven fundamental principles that support the idea that wildlife is a public trust and birthright of people, and wildlife species need to be managed so that their populations would be sustained forever. Such robust wildlife communities are the major demand generators for smart animal traps across the region.

The Recovering America's Wildlife Act, also called RAWA, was one of the global governments' most important investments in wildlife conservation. The US$1.397 billion bill would finance regional and national initiatives to assist wildlife in need and stop wildlife from going extinct. It will also assist in the recovery of already endangered species. In accordance with this, businesses all around the nation are offering a wide selection of intelligent animal traps. For instance, TrapSmar uses cutting-edge GPS communication technology to offer a simple, compassionate, and practical solution to monitor wildlife traps remotely. Its three communication channels offer coverage almost anywhere in the world.

Based on component, the smart animal trap market report is segmented into hardware, software, and services. Smart animal traps consist of hardware components consisting of various sensors and trackers. The software acts as a link between hardware and the end user, providing a user interface to interact with the hardware. Services are entirely based on user requirements and service providers’ hardware and software configuration.

Smart animal trap market players are majorly adopting the strategy of market initiatives which involves the expansion of footprint across the world and meeting the surge in customer demand. Smart animal trap market players are mainly focusing on product and service enhancements by integrating advanced features and technologies into their offerings.