High Speed camera are used for shooting slow motion videos. The camera takes thousands of burst images and compile them to create a smooth video. They are used to analyze events in slow motion and capture the effects which are invisible to naked eye. Advancements in high-speed sensor technology have presented the possibility for the creation of high-speed cameras. The more substantial resolution capacities mean a sharper image with less noise is possible, which can increase user's abilities to see aspects of an event that were not visible prior. The high-speed camera allows events too quick to see with the human eye to be analyzed and captured. To meet the demands of customers, along with several critical applications of high-speed cameras, had led to the development of high-speed digital imaging technologies since 1989.

To deliver slow-motion videos, it is obvious to use cameras that collect images that are a thousand times higher of the standard production frame rates, to allow the video to be slowed down further without diminishing quality. A high-speed camera is generally categorized into two types:

The demand for high-speed camera is increasing. Various industries are opting for these cameras for better analyzing of events in slow motion. With the increasing demand, the production of the camera is also going to increase, which in turn is going to bring down the cost associated with high-speed camera components. Custom components are required for the manufacturing of a high-speed camera, which is entirely different from a consumer of a studio camera. The high shutter rate of these cameras demands custom image sensors, data storage, connectivity solutions, batteries, thermal management, faster image processors, and next-gen storage technologies. All these custom components incur an additional cost, which has hindered the market’s growth. However, with the rising demand across the globe from various industries is going to give rise to rising production. The reason, as mentioned earlier, is going to realize the economies of scale relativity, which in turn is going to reduce the high-speed camera’s price. Thus with the increased production of the camera, the economy of scale will come into play, which in turn is going to reduce the overall camera price. With price reduced, the demand for the high-speed camera is further set to increase. 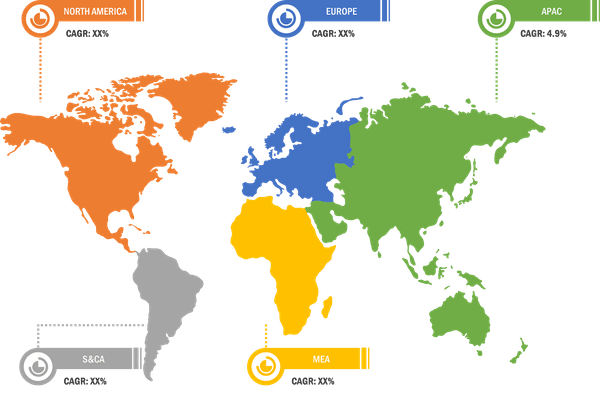 In recent times, high-speed cameras are available in a variety of resolutions. Usually, the resolutions are between 1 - 5 megapixels (MP). Higher resolutions are necessary when the field of view of the high-speed camera is vast, or when a least spatial resolution is expected because of a lot of granular details in the high-speed event that needs to be studied. It is universal that the greater the resolution of the camera, the weaker the maximum frame rate. With a 5 MP camera, the camera has five times more pixels to process than with a 1 MP camera. Therefore, it is not viable to achieve the same frame rates with a higher resolution camera as with a lower resolution camera. With the advancement n image sensor and image processor processing power, in the future it is possible to achieve the same frame rate of a 1 MP camera with a 5 MP camera. Thus, over the forecast period from 2019 – 2027, the advancement in technology is going to offer greater frame rate in higher resolutions.

Based on resolution, the high-speed camera market is bifurcated into 1,000 - 5,000, 5,000 - 20,000, 20,000 - 100,000 and 100,000 and above. Frame rates are the primary factors for consideration while purchasing a high speed camera. Most high-speed cameras provide the ability to run at increasingly higher frame rates as the pixel resolution is reduced. However, the increased frame rate is not completely proportional to the reduction in resolution and typically comes with restrictions regarding the specific numbers of horizontal and/or vertical pixels to be selected with the reduced resolution. There is a very wide range of performance levels and a wide range of costs for high-speed cameras.

Based on application, the high-speed camera market is bifurcated into automotive & transportation, industrial manufacturing, food & beverages, consumer electronics, media & entertainment, sports, healthcare and others. High speed cameras are significantly used in almost every industry for various applications. These systems provide powerful way of automatic quality assurance and high speed operations. The high speed cameras are majorly used in the automotive sector and the manufacturing sector. They act as useful tools in manufacturing based purposes as well as transportation and logistics services.

The Global High Speed Camera Market has been Segmented as Follows: