Factors such as increasing levels of disposable income, availability of affordable smartphones, and internet plans with low tariff is leading to the rapid adoption of smartphones and other consumer electronics around the world, which is driving the growth of “connected things” or IoT. In addition to this, the increasing number of IoT use cases in smart homes, smart cities, smart transportation, and smart buildings is further driving the demand for IoT connected devices. Ericsson Mobility Report (2019) estimated the rise in overall number of IoT connections worldwide from 10.8 billion in 2019 to 24.9 billion in 2025 at CAGR of 15%. These connections include wide area IoT connections, Cellular IoT connections, and short-range IoT connections. The investments in IoT start-ups and supporting market ecosystem are also fuelling the research and development of IoT technology. The major technology companies in the US, China, and Europe are playing important role in the development of IoT solutions. Google, Microsoft, Cisco, Amazon, GE, Qualcomm, Intel, and Samsung have also invested a considerable amount in the similar activities. For the successful deployment of IoT across industries, there is a growing demand for robust connectivity technologies. Hence, such increasing investments in communication technologies such as 5G, NB-IoT, and LTE-M at an unprecedented pace are driving the Cellular IoT market growth globally. 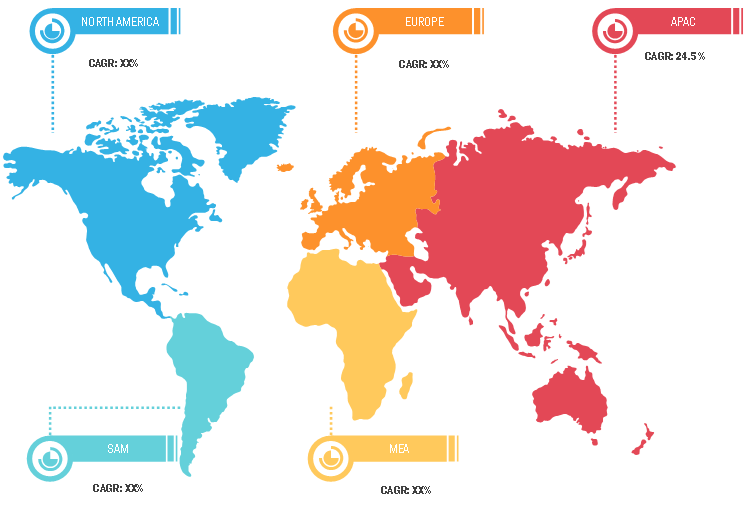 Automotive is the fastest-growing sector in terms of the implementation of IoT, especially in applications such as in-vehicle infotainment, predictive maintenance, security, data analytics, dashboard reporting, and real-time monitoring. Increasing disposable incomes and rising middle class population are the major factors driving the sales of passenger cars in emerging markets of the world. According to Organisation Internationale des Constructeurs d’Automobiles (OICA) estimates, the global passenger car registrations reached 68,690,468 worldwide in 2018. Moreover, the production of passenger cars worldwide reached 70,567,581 units in the last quarter of 2018. Such high level of competition in the global automotive sector is propelling the companies operating this space to adopt advanced technologies such as IoT and AI. Audi, BMW, General Motors, Mercedes-Benz, and Jaguar-Land Rover are a few of the major automakers offering advanced infotainment systems integrated with various technologies into their cars. The demand for connected vehicles and rising investments in autonomous vehicles are further boosting the adoption of IoT and efficient communication technologies, such as 4G and 5G. Automotive systems wherein IoT is implemented include logistics management, fleet management, telematics, sensor sharing, advanced driver assistance systems, infotainment, and autonomous driving. Thus, the expansion of application of IoT in such systems, along with continuous technological advancements, in the automotive sector is fueling the Cellular IoT market growth.

The cellular IoT market is bifurcated on basis of technology into 2G & 3G, 4G, LTE-M, NB-IoT, and 5G. With growing number of mobile subscriptions and increasing demand for highly efficient networks that can handle rising data traffic, network operators are continuously focusing on innovating and improving communication technologies. The fast replacement of older 2G networks with 3G/4G, increasing 5G testing across the world, and advanced NB-IoT & LTE-M technologies are among the factors that are anticipated to drive the cellular IoT market in the coming years. 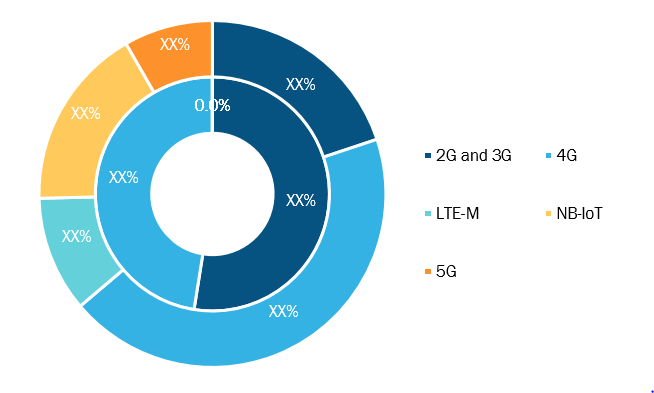 The cellular IoT market is bifurcated on basis of end use industry into industrial, infrastructure & construction, retail, consumer electronics, automotive & transportation, energy & utilities, healthcare, and others. The other industries include finance, education, hospitality, and agriculture. The others category varies across regions/countries on the basis of major industries present in those specific regions/countries.

The players operating in the enterprise content management market focus on strategies such as mergers, acquisitions, and market initiatives to maintain their positions in the market. A few developments by key players are listed below:

What are reasons behind the growth of cellular IoT in Asia Pacific?
Rapid technology developments, government initiatives, digitalization of economy, and rising disposable income of the middle-income class group are some of the factors that are driving the demand of connected devices in Asia Pacific countries. Positive developments in the cellular IoT ecosystem including network operators, device manufacturers, and IoT solution providers are further fuelling the growth.
What are market opportunities for cellular IoT?
The rising investments in 5G by network operators and continuous advancements in communications technologies are the major factors that are enabling the adoption of advanced technologies such as artificial intelligence, AR/VR, IoT, and blockchain. Therefore, due to the commercialization of 5G connectivity globally, the cellular IoT market is projected to grow at an impressive rate.
Which end use industry hold the largest share in cellular IoT market in 2018?
Consumer electronics industry dominated the cellular IoT market in 2018. The demand for consumer devices such as smartphones, laptops, tablets, smart watches, and other products is increasing at an impressive pace globally, owing to factors such as rising disposable incomes, changing lifestyles, and growing young tech savvy young population.